Namaste: What Does It Mean? 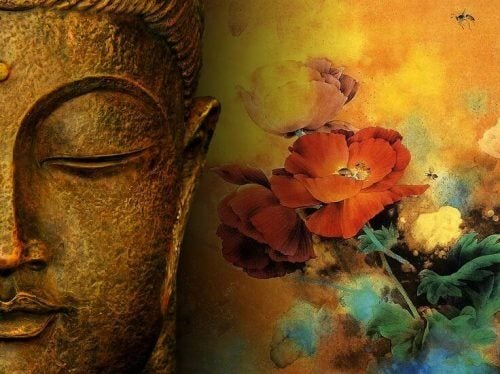 If you have ever dived into the fantastic world of meditation, you’ve surely come into contact with the word “Namaste.”

This term is used a lot in meditation and it’s also used by some schools of yoga. It has a deep and spiritual meaning. This is important to know because you’ll know what you’re really saying when you’re saying this word.

The origin of the word “Namaste”

“Namaste” is a relatively unknown word because it comes from faraway lands. It’s used as both a way to say hello and goodbye.

The origin of this word is Hindu and the language it corresponds with is Sanskrit. This is one of the languages that is considered sacred for those that practice the Hindu religion.

This word is used with a particular gesture known as mudra. When you say “namaste,” you join your palms just in front of your chest. This is a signal of absolute respect towards the person you’re speaking to when you say hello or goodbye.

Therefore, this word isn’t weird because if you study the etymology of the word, you’ll realize that namas is a noun that can be translated as “greeting” or “farewell.” As for the second part, te is a pronoun that means “to you.”

Spirituality in meditation and yoga

Meditation and yoga are practices that are good to anyone who practices them. Yoga consists of being conscious of the moment and freeing yourself from judgment. They also focus on other worries and questions that disrupt your mind. This way you can reach a state of connection with everything, where your ego dissolves.

In yoga and meditation, the word “namaste” is used as a way to express humility. This isn’t only to any possible listener, but also towards the world and the universe…

There are some experts who have dedicated themselves to the study of the word “namaste”. They have arrived at the conclusion that “namas” (which we have seen means greetings or farewell) can also symbolize “nothing of myself”.

What Must Be, Will Be, in its Own Time and Moment

This is a state in which you aren’t anything. However, at the same time, you are everything. In this state, you’re connected with the world, but your ego is subdued. Your mind is calm and you’re relaxed, practically in a trance.

According to the tradition in which the term “namaste” came to be, it’s believed that there is a divine essence that resides in us. Sometimes, you have to discover this on own by using very healthy practices that we’ve mentioned in previous articles.

The moment that you enter into this ideal state of alert and calmness, you join your hands, bow forward and then say the word. This way, you give a place to the divine essence that lives in you. However, you also do the same to everyone and everything around you.

It could be similar to when practitioners of the Catholic religion kneel and cross themselves with a signal of humility and respect to God. In this case, the word “namaste” can be directed toward a god, the universe, or another person…

However, it isn’t just a signal of respect for another person, but also for yourself. Everyone is of divine essences and that’s why you should acknowledge it in others, and greet others with respect.

Check out this article too:

7 Kinds of Meditation and Their Benefits

Now you know what it means to say this word. This lets you internalize everything it has to give you. Also, you know the well-being it can fill you with each time you say it during your yoga or meditation sessions.

There are more and more people who benefit from the good that comes from dedicating a few minutes per day to these practices. This way, you can give yourself a little bit of peace and quiet in the loud, obligation filled world we live in.

Consistency and knowing what it means to say this odd word, will let you get the best from all of the yoga and meditation sessions you do in the future.

Yoga for Beginners: 5 Basic Yoga Poses
It takes dedication and effort to advance in the practice, but there are basic yoga poses to help you start. Read on and learn how to do them! Read more »
Link copied!
Interesting Articles
Did you know?
New Year's Traditions Around the World