Mouth breathing is an abnormal way of breathing. It's a very common disorder among the general population with serious long-term results. Let's see why it happens and its consequences. 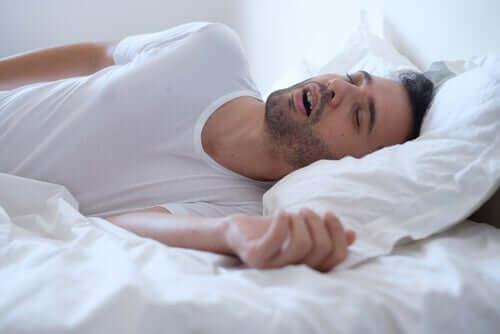 Mouth breathing isn’t the normal way of breathing. As humans, our nose is a specialized organ to inhale and expel air from and to our body. When we breathe through the mouth it’s because something is happening that alters the normal development of breathing. It may be an obstruction in the airway or an acquired bad habit.

When mouth breathing is perpetuated over time, becoming chronic, the consequences could be worse and worse. The greater the exposure to air inhaled through the mouth, the greater the problems in the future. Therefore, it’s more difficult to treat.

We have to understand that the nose has essential functions in breathing. Because of its anatomical arrangement, it’s responsible for humidifying the air that enters the body. Nasal mucosa makes inspiration more efficient by protecting the internal organs. The nose is also a filter for bacteria and particles that may enter from the outside. Contaminating elements are stopped by the nasal anatomy, preventing allergies and infections.

It might seem that mouth breathing is a fairly obvious issue. By just seeing that a person opens their lips to bring air into the body, we could already have the diagnosis. Unfortunately, the issue isn’t that simple.

Mouth breathing can be momentary, and even physiological. In situations of high oxygen requirements, human physiology resorts to the mouth. What isn’t normal is that this should persist over time.

Among the symptoms of mouth breathing, we can list the following:

In general, obstructed airways force our body to breathe through the mouth. The causes of obstruction are varied, among them:

In conclusion, there are serious consequences when mouth breathing for long periods. It’s very difficult to achieve a reversal of the changes that occur. Among these consequences, we can name the following:

Are You Affected by Snoring? Try These Remedies
Is your snoring becoming a problem for you and your spouse? If so, then try these five homemade remedies that can help you stop snoring. Read more »
Link copied!
Interesting Articles
Anatomy and physiology
The Causes of Stained Teeth