The Meaning Behind Your Tongue's Appearance

Your tongue's appearance can tell you all sorts of things about your health. Its color, texture, and marks can serve as a blueprint for your health. 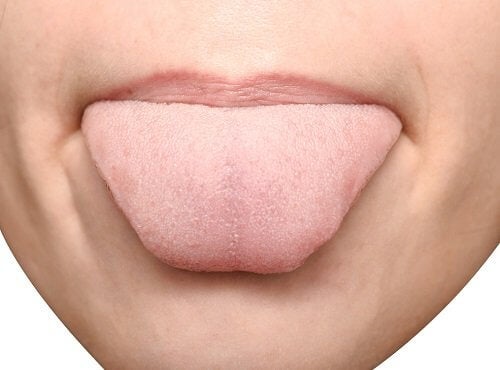 Traditional Chinese Medicine enables us to interpret these changes. What’s more, they provide the power to prevent and recover from some illnesses.

Generally, if you look at your tongue from the front, the map shows you:

The color of your tongue can point to which organ might be weaker. Yellowish colors indicate the liver, gallbladder, and stomach. The greener the color, the more it points to the liver.

On the other hand, gray is related to the liver and the intestine.

Let’s review specific traits in your tongue’s appearance that will help you better locate the imbalances.

Sometimes, a tongue might have a white and/or yellowish layer that covers all of it, especially on the innermost part. This indicates an imbalance in the gallbladder’s bile secretion, which tends to be the main cause of digestive problems. Undigested or unabsorbed food begins to ferment and decompose, eventually converting to toxins.

Teeth marks on the sides of the tongue

Some tongues have irregular marks on the sides as if molars made them. Sometimes, the person also feels the need to cough up off-white mucus. In this case, digestion isn’t optimal and the small intestine isn’t absorbing nutrients correctly. It’s also related to a lack of minerals.

Pimples on the tongue

Pimples on the tongue are small inflamed spots that also indicate poor digestion. They also point to food remnants that are decomposing in the small and large intestine.

Make sure you read: Fruits and Herbs to Soothe Digestion

Cracks in the tongue

Cracks in the tongue are very frequent. They look like deep or shallow cuts in different areas, although the most frequent ones are in the central part. They hint at old problems in the colon walls, which is the part of the intestine that suffers from toxic acid, a by-product of poor digestion. This also has an effect on a lack of vitamins. There can be mucus on the tongue as well.

Mucus in the throat and mouth

Mucus from the throat may even get to the mouth, often causing and worsening inflammations like a sore throat, sinusitis, etc. It’s the result of poor digestion, which led to toxins that the body needs to flush. If you also have a bitter taste in your mouth, it’s due to the presence of bile. Moreover, your body also produces mucus when you don’t digest food well and get heartburn. This is your body’s way of protecting your digestive tract’s walls so they’re covered and don’t get irritated.

Ulcers are a symptom of bad digestion when there is inflammation or ulcerations in some part of the gastrointestinal tract. In fact, they often appear the day after you went overboard with food.

Sometimes, they can appear outside of your mouth, on the corners, and if can even form bothersome scabs if they worsen. They’re the reflection of duodenal ulcers caused by digestive disorders.

To improve your tongue’s appearance, start by improving your diet. Also, detox your body to cleanse it from all of those toxins that can harm it. If necessary, you should also take a natural supplement to improve your digestive functioning. Lastly, oil pulling can also help you. When done daily, it can cleanse your entire digestive system and keep your tongue and mouth generally healthy.

Health Signals You Can Get from Your Tongue
You may want to spend a few minutes in front of the mirror observing what your tongue looks like, because it could be hiding a lot of health signals. Read more »
Link copied!
Interesting Articles
Did you know?
New Year's Traditions Around the World