Learn the Symptoms of a Cardiac Arrest

Find out about the symptoms of a cardiac arrest so that you know how to avoid it. Remember, your health always comes first. 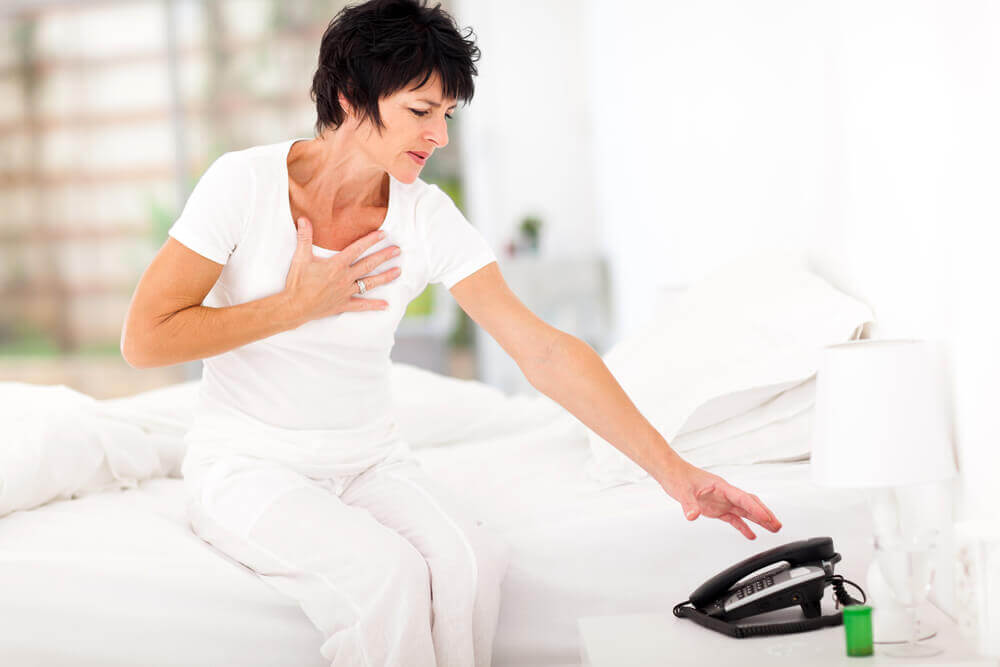 Your health is no small matter.

It’s very important to know the symptoms of a cardiac arrest so you know how to act should it ever happen to you. Also, if you learn to detect it, you’ll be able to help your doctor recover valuable information about what happens and what you should pay attention to.

What is a Cardiac Arrest?

Before looking at the symptoms of a cardiac arrest, we should remind ourselves what it is. Cardiac arrest, or a heart attack, is when there’s a clot or blockage in the arteries, which in turn stops blood getting to the heart. With this blockage, the heart doesn’t get the necessary oxygen and cardiac cells die.

Symptoms of a Cardiac Arrest

If you feel tired and have difficulty breathing, be very careful as it could be a symptom of a cardiac arrest.

This is known scientifically as dyspnoea and is a symptom that occurs more commonly in women. It may not necessarily be something immediate. It could appear even months before you actually suffer a heart attack.

The unequivocal symptom is generally when it’s accompanied by great fatigue. So, if you feel exhausted for no reason, go to your doctor as soon as possible.

Excessive sweating is another symptom of a possible cardiac arrest. If you’re sweating a lot without doing any exercise if could be a sign that there is a problem with your heart.

If you have obstructed arteries, your heart has to make more effort to pump blood around the body. This translates into more sweating as your body tries to maintain its normal temperature.

It’s very difficult to say for sure that vomiting or nausea is definitely a symptom of a coronary problem, but if you normally have an iron stomach and haven’t eaten anything unusual, be careful as this could be a serious problem.

This one of most common and easily recognised symptoms of a cardiac arrest.

However, you need to bear in mind that a cardiac arrest doesn’t always come with chest pains. If chest pains are caused by a heart attack they tend to last for some 15 minutes. You’ll notice an intense pressure on your chest and this could spread to your shoulders and arms.

Overall, these pains will show up on the left-hand side of the body and could appear days in advance.

5. Pain in the Back and Jaw

If you’re about to have a heart attack, you’ll also notice pain in your back and jaw. These symptoms seem to occur more frequently in women than men. If you suddenly start feeling these symptoms, go straight to your doctor.

Dizziness can also be a symptom of a cardiac arrest. Normally this can get progressively worse. The person loses balance and feels overwhelmed.

Therefore, it’s important to stay calm and not make any sudden movements.

If you notice any of these symptoms and they’re not related to anything else you know of, like stomach problems, stress, etc., go to your doctor to determine the cause.

Prevention is key for detecting a possible heart problem.

Plus, you should always improve your life habits before you suffer a heart attack. Some habits which will help prevent a heart attack are following a healthy diet, not smoking, doing exercise, and avoiding being sedentary.

If you know the symptoms and you detect them, you can prevent myocardial infarction, which is one of the main causes of death in the world. Take note of these warning signs.