Communication is what has driven the great developments of human beings. However, not everyone develops this ability in the correctly or at the same pace. Today, we want to talk about the types of language delays in children as well as their symptoms and causes. 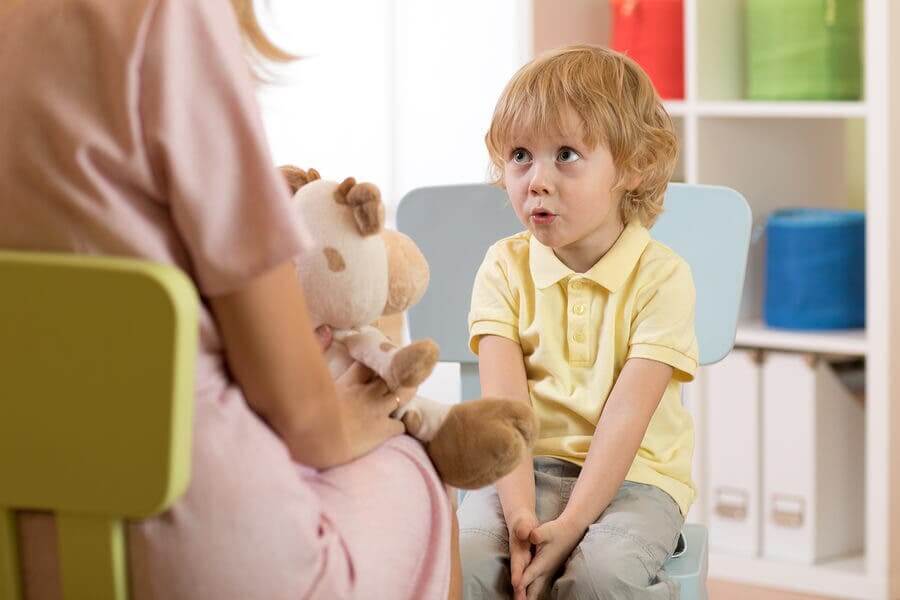 Communication is what has driven the great developments of the human race. However, not everyone develops this ability in the correct way or at the same pace. Today, we want to talk about the types of language delays in children as well as their symptoms and causes.

From the time babies are born, they start to express their needs through tears, smiles, and other gestures. As they grow, they incorporate new means of communication and even pronounce their first words. However, many children experience delays in their language development for a number of reasons. As a result, they have a harder time expressing themselves and, at times, being understood. Today, we’ll take a closer look at language delays in children.

Delays in communication can affect a child’s interactions, personality, and ability to learn. However, these delays aren’t at all uncommon. In fact, between 5 and 10% of school-aged children display some sort of difficulty when it comes to expressing themselves. This statistic comes from the Health Department of the University of Michigan.

Discovering language delays in children can often take some time. Just the same, there are symptoms that may catch parents’ attention of parents and lead them to suspect there may be a problem. For example:

Read also: How to Reduce Anxiety in Children

The causes of language delays in children

Language delays in children generally originate in the brain. However, on occasions, they may be the result of some physical deficiency, social adaptation problems, or learning difficulties.

The main causes are the following:

The treatment of language delays in children

Sometimes it’s hard to know if a language delay is a product of one of these conditions or simply a temporary situation. In any case, it’s best to consult with a pediatrician if you notice that your child isn’t reaching normal benchmarks in communication. An early diagnosis will help provide fast solutions.

Depending on the cause, pediatricians may refer children with a language delay to a hearing professional, speech therapist, psychologist, or even a social worker. The best thing for these children is to have an interdisciplinary team that works together to stimulate communication.

The involvement of families is fundamental to the success of any type of therapy. Whether it’s to stimulate language or establish forms of non-verbal communication, parents must participate in the entire process.

You may also want to read: Five Exercises to Promote Speech in Children

From the time children are born, they start to learn about everything around them in their new environment. One of their first sensory experiences outside of the womb is auditory. In fact, even in the womb, at 18 weeks, fetuses begin hearing their first noises. And, at 25 or 26 weeks, they can respond through their movements.

Therefore, experts recommend talking to babies as soon as they’re born, or even before. Other stimuli will also aid in the rapid development of their communication abilities as they grow:

Finally, if you suspect your child may have a language delay, consult with a specialist on the subject. As we’ve mentioned, early diagnosis will open the doors to the right therapy in order to solve your child’s difficulties.

Everything You Need to Know About Cerebral Palsy
Find out more about cerebral palsy, a disability caused by a brain injury. It limits the person's activity because it affects both mobility and posture. Read more »
Link copied!
Interesting Articles
Illnesses
Hepatitis in Children: What You Need to Know