Intermenstrual bleeding is the vaginal bleeding that happens between menstrual periods. You must consult your doctor if this occurs in order to obtain a timely and accurate diagnosis. Continue reading to find out why. 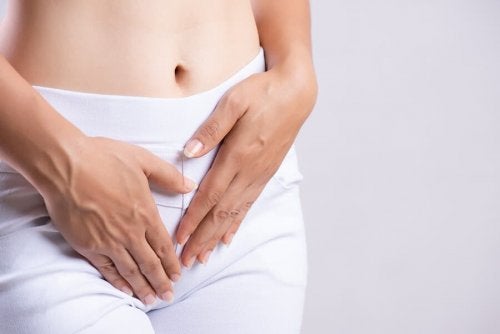 Are you experiencing intermenstrual bleeding? If so, then you must know why it happens and what the available treatments are.

What are the causes?

Intermenstrual bleeding can be due to various pathologies and problems; the good news is that there are treatments for it. Some of the most common causes are:

A doctor must rule out blood in urine or the rectum in order to diagnose metrorrhagia. That is, the bleeding must be vaginal.

You may be interested: What Are Uterine Fibroids and How Are They Treated?

A doctor can indicate blood and other similar tests in order to gradually dismiss other problems and establish a proper diagnosis. For example, a blood test would check a person’s hormone levels, while an ultrasound would examine their uterus. Likewise, they could rule out sexually transmitted diseases through a pap smear.

Research on this subject has also emphasized that metrorrhagia is related to obesity. They must rule out organic pathologies (vulvar, vaginal, cervical, fibroids, polyps, pelvic tumors, among others) in order to make a successful clinical diagnosis.

Also read: Bleeding Between Periods: What it Means

What’s the treatment for intermenstrual bleeding?

Intermenstrual bleeding treatment will depend on its origin. That is, the doctor will establish it after identifying the cause. Your doctor may prescribe certain hormones, such as estrogens or progesterone if the cause has to do with menopause.

In addition, a doctor may change the method or the medication if bleeding is due to the use of an IUD or any other contraception method. They can also prescribe drugs for the treatment of sexually transmitted diseases, if applicable.

Similarly, surgery may be necessary if polyps, miscarriage, tumors, or an ectopic pregnancy are the causes of intermenstrual bleeding. Medical literature also mentions that treatment for it focuses on the following three goals:

Doctors recommend that women maintain a record of their menstrual cycles and note any irregularities. This information will make it easier for a specialist to detect problems or diseases and treat them early on.