The Importance of Being a Humble Person

You should be well aware that your life is not a competition with other people. As far as it relates to who you are, you should strive to be the best version of yourself 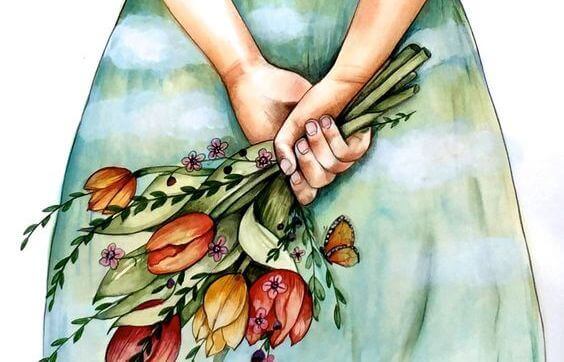 Countless books and self-help gurus make an effort to teach us how to be better people, and talk about the importance of being humble. For them, being humble takes self-awareness, self-care, and self-esteem.

The reason they talk about being humble at the same time as they talk about how to be a better person is that you should never let yourself think you’re better than others. In the end, that’s nothing but a limitation for yourself and those around you.

You probably know some people whose attitude, behavior, and way of interacting with others make it obvious that they think they’re better than everyone else.

Today, we’re going to reflect some more on this, so keep reading!

There’s an interesting trend catching on these days that experts are calling “spiritual materialism.” This refers to the desire to achieve a level of self-awareness, just to be able to say so, essentially.

This is what sets certain people apart from others.

When it comes to trying to understand yourself better, improve your self-esteem, and grow stronger and better every day, some people will focus on the wrong thing. Their main goal is to be better than the people around them.

That’s why it’s important to have the proper understanding of the idea. You can develop new strategies to strengthen your self-esteem, enrich your relationships, and achieve greater things, but never at the expense of others or for the sake being better than anyone else.

Self-Love 101: How to Love Yourself

The importance of being a humble person

Overly proud people who feel a need to compete or act like they’re superior to others often have self-esteem issues.

The “pleasure” they get out of feeling superior, showing how much more skilled they are or even arrogantly humiliating other people tends to feed those issues and prevent their self-esteem from growing.

The probably is that they’re just another side to the same coin: low self-esteem. In the end, it keeps them from being able to confront others as they experience humiliation or disappointment.

The importance of being humble also involves not feeling a need to compete over everything. At least, your attempts to achieve things or be the best shouldn’t be causing other people pain.

How to Make Better Decisions

Improve yourself every day

Once you accept this, your main task will be to continue to grow as a person and become better every day. Aspire to attain the happiness that lives in the kinds of little things that enrich your life.

Ultimately, being a better person also has an affect on the people around you.

Our last point is that we’ve all been in circles with people whose hearts are consumed by vanity and pride. But instead of being angry or condescending, you should remember that it’s not worth harboring negative feelings toward them.

The final reward isn’t material, it means feeling good about who you are…On the other hand, a thirst for competition will leave you all alone. The importance of being humble is that it teaches you to be good, to be better, and not have a big head about it.