How to Cope with Borderline Personality Disorder 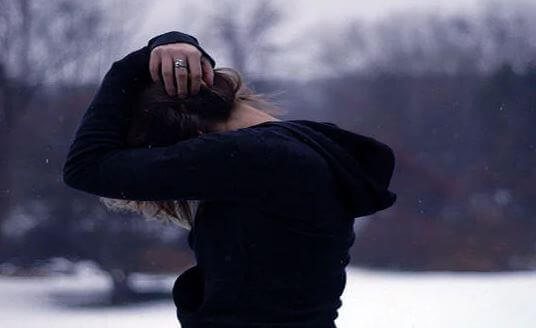 The behavior of people with borderline personality disorder often generates confusion among those around them. This is because the condition makes people act in a certain way: capricious and eccentric. Thus, this can cause concern and even upset family members.

In this article, we’ll tell you a little about this disorder and its main characteristics.

What is borderline personality disorder?

It’s a disorder that’s characterized by emotional instability. Thus, they experience extreme thoughts with a marked dichotomy. In the end, this generates chaotic interpersonal relationships.

Borderline personality disorder has two key characteristics. Below, you will find information on each of them.

First, the main characteristic of people with borderline personality disorder is emotional instability.

This usually comes with constant mood swings for no apparent reasons, which hinders relationships with other people.

The emotional instability causes the person to always involve themselves in conflicts. After all, this is a way to cope with their fear of rejection. This characteristic affects their self-assessment and the assessment they give of others.

Thus, it makes them prone to being in unstable relationships.

Do you want to know more? Emotional Hunger: Why People Eat Their Emotions

Next, the second feature that stands out in people with borderline personality disorder is impulsivity in their actions.

This causes them to make impulsive decisions or perform harmful and self-destructive actions. This includes the abuse of harmful substances or eating disorders.

Unfortunately, the presence of these characteristics in people has significant consequences in interpersonal relationships, as well as in the self-perception of oneself. The feeling of being unstable affects both the person’s sexual aspect and their self-image, ultimately leading to chaotic and toxic relationships around them.

Generally, people with borderline personality disorders create confusion in those around them. This includes family, friends, or partners. They do this because they do not understand their unstable and extreme behavior, which worsens the symptoms.

How to live with a person with borderline disorder

The behavior of family and friends is key to creating a healthy environment where you can live with a person with borderline personality disorder.

The family must get the diagnosis. In addition, they must take into account that the emotional instability of people with borderline personality disorder is high, which makes them more vulnerable. As a result of this, it’s important that they create an environment conducive to its development, knowing all of the limitations.

Remember that one of the characteristics of the disorder is impulsivity. Naturally, this can generate extreme behavior, so you should try not to dichotomize your advice.

For example, instead of saying “Yes you can do anything,” you must change the phrase. Instead, something like “the situation is difficult, but you are not alone, so we will all try to do it together. We all believe in you” doesn’t lead to extremes.

By knowing the symptoms of this disorder, you’ll know the reason behind the actions of these people perform. You must act accordingly by, not tolerating inappropriate behavior.

Instead, look for alternatives for the person to express their feelings with words, rather than with self-destructive actions. Exercise can help.

Did you know? 6 Major Sports that Help Prevent Heart Attacks

It’s important that you express your opinion and what you feel about their behavior to the person. The purpose is to show them your concern not from a place of judgment. Instead, it’s to show that you really care and that you’re willing to help.

In addition, it’s a good idea to advise that the person go to a specialist and gets psychotherapeutic treatment for professional help. Additionally, if they’ve been given any type of prescription, you must ensure that they follow the treatment to the letter.

Finally, it’s also a good idea that the family attends therapy together. This way, you can learn which measures you should take to ensure a healthy environment.

Dating a Person Who Has Borderline Personality Disorder
Living with a person with borderline personality disorder can be difficult, but there are some steps that can help you move forward in the relationship. Read more »
Link copied!
Interesting Articles
Illnesses
What Is Ischemic Heart Disease?