Among the main symptoms of pancreatic cancer are constant fatigue, sudden and unexplained weight loss, jaundice, pain in the area of the pancreas, among others. 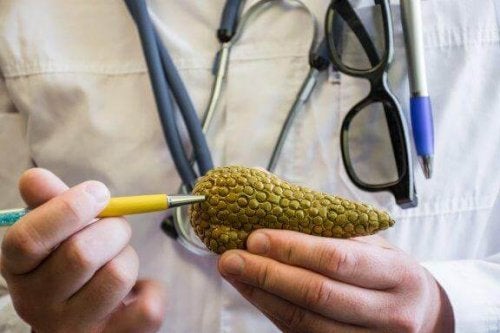 Pancreatic cancer is a disease that affects both male and female patients of any age. However, it’s usually more common in older men.

Scientists have not yet determined the cause. However, they have identified several risk factors, including age, smoking, obesity, diabetes, pancreatitis, among others.

What is the pancreas?

The pancreas is an elongated organ that lies behind the stomach and which carries out many important bodily functions.

The pancreas is made up of two types of cells:

Overall, there are two types of pancreatic cancer, depending on the type of cells that they affects:

Read more here: 9 Ways to Prevent Cancer, According to Experts

What are the most common symptoms of pancreatic cancer?

AECC experts explain that, in its initial phase, people with pancreatic cancer don’t usually have symptoms.

However, as the disease progresses, several symptoms may occur. These include  such as unexplained weight loss, jaundice, diabetes, pain in the pancreas area, constant fatigue, nausea and vomiting, among others.

We should clarify that the symptoms may vary depending on the type of pancreatic cancer that the patient presents.

Here are some of its hormonal symptoms:

Pancreatic neuroendocrine tumors (malignant or cancerous): These depend on the type of cell that developed the cancer:

Once a person is diagnosed with pancreatic cancer, the doctor will then indicate the most appropriate treatment options. Depending on the case, the specialists will offer specific treatment, or different alternatives, to the patient. We should note that, in some cases, more than one type of treatment can be used to treat the patient.

A New Molecule to Fight Ovarian and Pancreatic Cancer
Even though it is still in the experimental phase, this molecule could be a pre and post-treatment to help fight ovarian and pancreatic cancer. Read more »
Link copied!
Interesting Articles
Illnesses
Can Celiac Disease Cause Infertility?