A Ginger and Turmeric Remedy for Joint Pain Relief

Both turmeric and ginger are attributed with anti-inflammatory and antioxidant properties, thus, some consider that blending them in a drink, as a remedy, can offer joint pain relief and other discomforts. 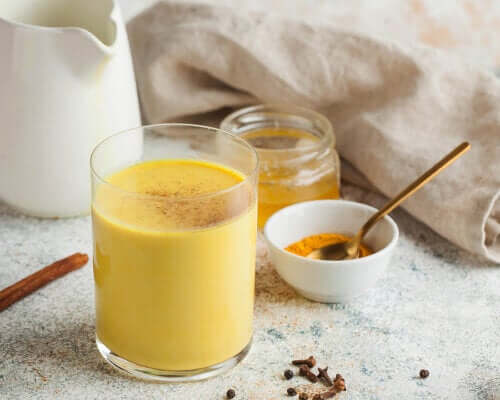 The blend of ginger and turmeric is becoming increasingly popular in the field of alternative medicine so people use it as a remedy. In fact, it’s now proposed as a good option for joint pain relief and other discomforts. All within a healthy lifestyle, of course.

And why this particular blend? Because both ingredients are attributed with anti-inflammatory and antioxidant properties. This means that, on the one hand, it alleviates common discomforts such as inflammation and, on the other hand, it provides the body with extra antioxidants, which contribute to the health of the whole body.

Below we’ll tell you more about each of these ingredients and share with you a drink recipe that, according to popular belief, could contribute to the relief of joint pain.

Joint pain is a symptom of discomfort and it often occurs in knees, elbows, shoulders, wrists, ankles, and many other parts. The pain can be mild if produced after physical effort, or acute if it becomes permanent.

Generally, joint pain has a close link to arthritis. When the pain is acute, arthritis is one of its main causes. Other diseases such as bursitis or tendinitis are often frequent in producing joint pain, as well.

Either by excessive physical exertion or some other ailment, joint pain isn’t an issue that should be ignored. On the contrary, it’s essential to consult a doctor as soon as possible so the professional can evaluate the case, make a diagnosis and prescribe an appropriate treatment.

While following their instructions, it’ll be necessary to improve your lifestyle. On the other hand, there are those who consider that they can complement all this with the consumption of natural remedies, such as ginger and turmeric drink.

Ginger is a stem tuber that’s well known for its culinary use. In fact, it’s quite sought after due to its deep smell and powerful flavor. This plant grows to be over three feet high, but it’s buried, like most tubers.

Although its culinary uses are widely known due to its spicy flavor that permeates any dish, ginger also has many beneficial properties for the body.

One of the most outstanding is that it helps improve blood circulation, in addition to promoting a better digestive process. However, that’s not all! Your joints also receive many benefits when you consume ginger, given its anti-inflammatory and analgesic effect.

Similar to ginger, turmeric is another highly admired spice in the world of cooking. This three-foot-high plant with oblong leaves is native to India. Its stem tubers, when grated, give yellow color to anything they touch.

In regards to medicinal properties, turmeric has many great ones. Most of them target the digestive system because turmeric has a carminative quality. Thus, it prevents the formation of gas in the gastrointestinal tract. This way, it helps relieve an upset stomach.

The main property of turmeric is as an anti-inflammatory agent, however. For this reason, it’s a great ally for joint pain relief.

This ginger and turmeric drink can be a good complement to your diet, as long as your doctor authorizes its consumption. It shouldn’t be forgotten that, although they may have a beneficial potential, these foods have some contraindications and, therefore, shouldn’t be consumed without caution.

In addition to hydrating and stimulating urination, hot drinks (teas and natural infusions) can provide a sense of well-being and help avoid the consumption of industrial beverages, which are full of sugar and sodium and promote fluid retention, bloating, and other discomforts.

6 Ginger Remedies for Your Skin Health
Thanks to its multiple properties, ginger can be a great ally for your skin health. It can help improve your appearance, fight acne and relieve burns. Read more »
Link copied!
Interesting Articles
Medicinal plants
Nux Vomica: What You Need to Know