Some Facts About Moles

If you or someone you know has moles, then you probably have a lot of questions about them. Here are some facts about moles worth knowing! 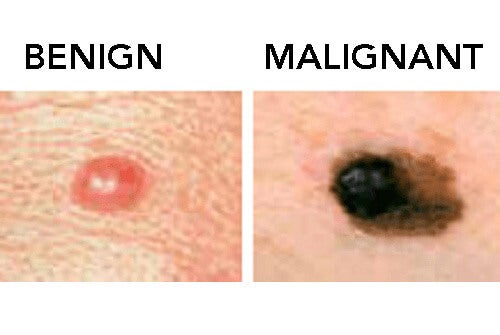 Moles are marks that appear on your skin. They’re very common and appear regularly. They’re also called birthmarks and can have different shapes. Their color can also vary and they can be brown or black. Also, they can often even have the same color as your skin. If you’d like to learn more facts about moles, keep reading.

Most moles aren’t dangerous and there’s no need to remove them. Almost everyone has them, although some people have more than others. In this article, we’ll go over the basic facts about moles that you should know.

Discover: Skin Spots and What Causes Them

However, when a mole changes color, size, or shape, you should consider seeing a dermatologist. You should also go see one when a mole stops being inoffensive: when it burns, itches, hurts, or bleeds.

Dysplastic nevi or atypical moles are bigger than normal moles and can be over a centimeter in size. Its shape can change as well as its color, ranging from light brown to very dark with a pink background.

Many people have over one hundred atypical moles. In old age, they continue forming and can be found on any part of the body, especially in those places that are regularly covered.

People who have a lot of atypical moles and also have relatives that have suffered from this type of mole (or melanoma) should be very careful because they have a higher possibility of suffering from skin cancer as it is hereditary.

People who have atypical moles should be very aware of changes that these can cause and even more so if they have family history of melanoma. They should also use a good sunscreen because the sun rays increase the risk of developing skin cancer.

How to know if your moles are abnormal

It’s very important that you learn how to identify abnormal moles so that you can examine your skin frequently and establish the difference between an inoffensive and normal mole and a mole that’s turning into an abnormal one that could end up being a cancerous mole. Keep the following in mind:

When you have any of these signs, it’s best to get specialized attention because if it advances it can turn into a truly complicated and dangerous health problem.

Remember that the most important thing is prevention. In the worst case scenario, if you already have melanoma, immediate attention is the best way to stop the disease on time. You shouldn’t give up for any reason.

We hoped you enjoyed these amazing facts about moles!

How to Remove Red Moles
In this article, we will talk about some natural remedies to remove red moles, as well as explain what they are, and the medical treatments that exist. Read more »
Link copied!
Interesting Articles
Anatomy and physiology
Causes of Menstrual Clots and Treatment