Dysarthria causes a series of communication issues. Today, you’ll discover the causes of this disorder, as well as its symptoms and possible treatments. 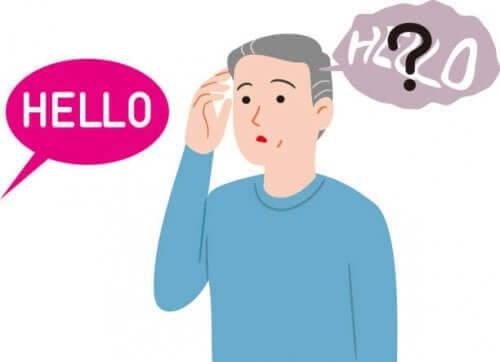 Communication disorders, such as stuttering, can have many different causes. In this article, we’re going to talk about dysarthria, a term you’ve most likely never heard of, which refers to a disease that affects the muscles that are used to articulate sounds.

Dysarthria has different causes and a symptomatology that’s important for you to know how to identify. In fact, the sooner this condition is diagnosed, the sooner you can start a treatment that allows you to address this disorder and improve it.

The causes of dysarthria

To explain the causes of dysarthria, we’re going to take the article “Dysarthrias” as a reference. It explains the different experiences that can cause the appearance of this disorder. We’re going to classify them as follows:

These are only some of the causes of dysarthria, as there are many more. In fact, a stroke, cerebral palsy, or Huntington’s disease can cause some of the symptoms we already mentioned but we’ll address that much more extensively below.

Read on to learn more: Early Detection of Alzheimer’s Through Speech

The most characteristic symptoms of dysarthria

In the previous section, we mentioned some of the symptoms of this condition. However, now we’re going to delve deeper into them, many of which are included in the article “Speech, language, and swallowing in Huntington’s disease”.

If a person is suffering from these symptoms, they’ll need to go see a doctor who, after carrying out the tests they deem appropriate, will determine whether they’re suffering from dysarthria. Once they diagnose this disorder, there are different ways to approach it.

This article may interest you: Language Delays in Children: Types, Symptoms, and Causes

The treatments for dysarthria depend on the causes and what the doctor considers best for the patient’s satisfactory evolution. However, speech therapists play a very important role.

They work with various exercises to improve communication (breathing, phonation, prosody, relaxation, etc.), helping to reduce babble, correct the rhythm as much as possible, and reduce monotone when communicating.

Also, psychologists usually intervene, as patients with dysarthria can become isolated and suffer depression due to the symptoms they suffer from. If the condition is severe, it may require surgical intervention.

In short, we hope that this article helped you discover this not very common communication disorder. Also, if you have any of the symptoms we mentioned above, don’t hesitate to go see your trusted doctor.

Five Exercises to Promote Speech in Children
It’s vitally important that children develop their verbal abilities. One way to do this is to perform some exercises to promote speech in children. Read more »
Link copied!
Interesting Articles
Illnesses
Causes, Symptoms, and Treatment for Gelastic Epilepsy