Don't Cling to Someone Who Ignores You

Sometimes, you're so blind that you don't see how others are able to manipulate and take advantage of you for their own benefit. Learn to distinguish the people who are worth it from those that aren't. 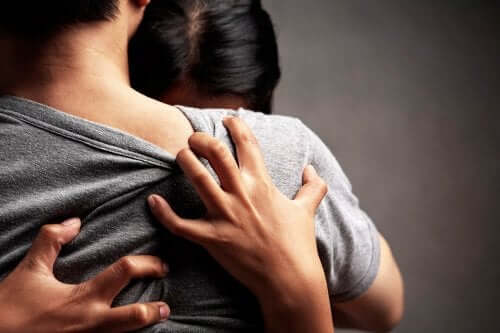 People say that the more you’re ignored, the more interested you become in the person who’s ignoring you. Maybe it’s because you like a good game of cat and mouse! However, what happens when the person who ignores you makes you feel bad?

Humans often cling to people who are never even there for them.  They often don’t show any signs of life, nor do they show any interest. But then they appear again and you breathe a big sigh of relief and cling more to them. Beware! Open your eyes, as you could be dealing with an emotional manipulator.

This is stated in this study by the University Pompeu Fabra in Barcelona, which emphasizes the manipulator’s ability to deceive with their unconnected messages.

When you like someone, you start to fool yourself. Suddenly, you begin to interpret certain signs.

This just feeds your belief that the person you’re attracted to likes you too. You believe they worry about you and want to make things official… Even though the person who ignores you doesn’t feel this way.

Don’t be fooled. You’re seeing what you want to see. It’s time to start looking at it from another point of view.

See also: What are the Signs of Dissatisfaction in a Relationship?

Maybe you try to justify their behavior with phrases such as, “They just need their own space”, “They don’t want to feel tied down”,  or “They’re very independent”. The only thing these excuses do is harm your dignity and create a feeling of dependence that, according to this study by the University of Oviedo, is also called “Artemis syndrome”.

Take your blindfold off: they’re ignoring you

It’s time to take off the blindfold that’s keeping you from seeing things as they really are.  But first, make sure that you haven’t become dependent on them.

If this is the case, then you simply have to be at their side. They become so important that you start to submit to them and accept attitudes that you would never recommend to a friend or loved one. It’s time to analyze everything. This way, you’ll take off the blindfold.

Have you ever tried speaking to them about your feelings? Those feelings are so strong that they eat away your insides. Or maybe you simply want to tell them how much you care for them. However, you’ve already done everything possible to initiate the conversation in that direction.

However, on the contrary, they’re inconsistent. One moment, it seems like they don’t care. The next, they’re saying things such as  “I like you” or “You’re the only one for me”. This confuses you even more but keeps you attached to them at the same time.

It’s important to understand that, if there’s no truthful communication between you, something’s not working. This study conducted by the National Autonomous University of Mexico suggests this.

This article may interest you: 6 Types of Toxic Relationships You Should Avoid

There’s only affection when they want it

You also need affection, but you don’t receive it when you need it. Instead, it only happens when they want it.

You must be on your toes. If they become affectionate when you become angry, they may be trying to avoid losing you by emotional manipulation.

They make you feel insecure

Good people make us feel safe. When this isn’t the case, then we should go running in the opposite direction. This study conducted by the Catholic University of the North in Chile emphasizes this issue related to different attachment patterns in couples: it’s easy for people with anxious attachment patterns to build toxic relationships with their partner or partners.

You probably believe that you’re safe. When you’re with them you’re fine, happy, and content. But this is only when you don’t express your feelings or think about the confusion that you experience due to the things they say to you. If you’re not able to be yourself or say what you want to say around them, then you’re insecure.

They don’t like it when you lead the way

Let’s go back to the issue of dates and agreeing to meet. Probably, when you tell them you should meet, they make up a lot of excuses.

But when it’s the other way around and it’s their idea, things are different. Thus, they don’t like you to lead the way.

Being on a tightrope is very exciting, until it starts to hurt. Therefore, it’s necessary to speak clearly and not allow other people to play with you and manipulate you.

Emotional Manipulation: Recognizing and Avoiding It
We're often more vulnerable when we're in love and it's in relationships where we most frequently encounter emotional manipulation. Read about it here! Read more »
Link copied!
Interesting Articles
Relationships
Serial Monogamy: Jumping from One Relationship to Another