Obsession and Love: Which One Are You Feeling?

Is it love or an obsession? When love becomes an obsession, the other person goes from complementing you to completing you. You're afraid of losing them. Learn more in this article. 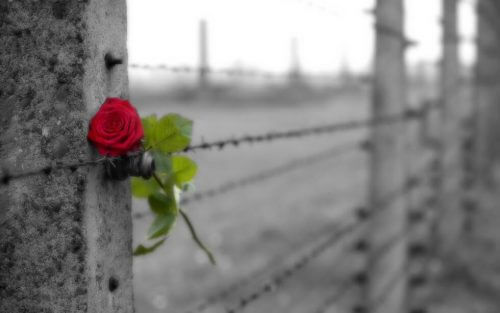 Love is a feeling that’s so intense that it sometimes gets out of control. It ends up being an obsession that sneaks up on us from behind. It’s not easy to recognize when you’re trapped by obsession or when you really feel love.

Because of this, today we want to take a look at some fundamental differences between love and obsession. This helps us to make it clear and easier to see what’s happening to you.

Something happens when you find yourself obsessed with another person. You build a wall around the relationship around which there isn’t a way to work.  This exclusivity drowns you. This happens because most of the time you want to control everything.

When obsession happens, it has something to do with having low self-esteem. We’re missing something. We need something that we don’t have. As a result, we become obsessed. Don’t lose yourself: you don’t need anyone to complete you.

The moment that a couple breaks up, there’s always a period of pain. You have to go through this. But sooner or later, you’ll accept the reality. However, with obsessions, this isn’t the case. There’s pain, but you can’t let go. You stay trapped or tied.  Many times, you may not reach acceptance if you don’t go to therapy.

Read also: How to Leave a Toxic Relationship

The other person is a human being

This should be obvious. However, when we’re talking about obsessions, it isn’t as clear. In these cases, the other person is like a piece of property. They’re something that belongs to you. This is so they can give you something that you’re missing.

In your heart, you think of them as being “obligated” and that you can’t live without them. Because of your need, they stop being a human being and become a possession. When we talk about love, it has the other person in mind. They can enjoy their rights as much as their liberty.

The intention to manipulate

Sometimes, one partner develops a lack of interest in the other in a relationship. If we’re talking about love, this makes you sad. But you end up making a decision and accepting the breakup.

However, in the other case, this isn’t something that happens. Rather, it’s used as a weapon against the other person. Doing this, they try to make the other person feel guilty for this lack of interest.

The importance of communication

Communication and empathy are fundamental elements for every healthy couple. This helps everything run smoothly. However, in relationships where obsession is present, communication is absent. Instead, there’s fear that the other person can escape, flee, or leave us.

Because of this, you make it seem like nothing’s wrong. You pretend that everything is going well so you don’t see the reality of the problem. However, this ends up being exhausting, as deep with you, you are aware that things are not how they should be.

Have you ever experienced these two forms of “love” or believing that you love when it might be an obsession? People that become too obsessed in their relationships end up very hurt. Their needs don’t get met. They don’t allow anyone to change or become something different. They’ve given everything for the other person.

However, the root of the issue is that they’ve forgotten about themselves. Then, the only solution is to find themselves again. Obsession is not and will never be love, and you should thus learn the difference and apply it. It will allow you to become freer and happier.

Link copied!
Interesting Articles
Relationships
What to Do if Your Partner Is Verbally Abusive