Home » Lifestyle » Did you know? » The Danger of Eating in Front of the TV

The Danger of Eating in Front of the TV

In most homes, the television is in the dining room, in front of the table where the family eats dinner. 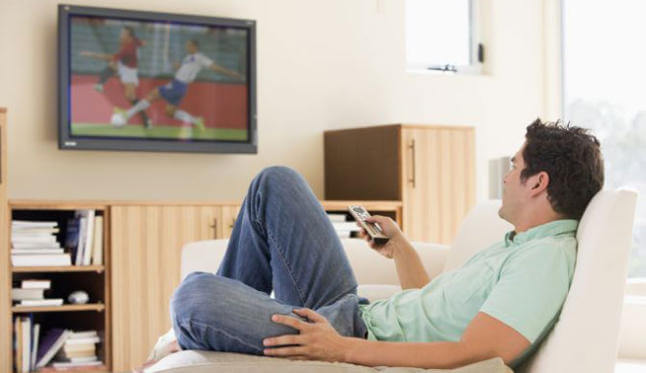 It is common for adults to eat lunch in front of their computer so that they “don’t waste time” and continue working. These two habits that are so ingrained in today’s society have very bad consequences. Thus, find out about the dangers of eating in front of the TV in the following article.

Harmful Effects of Eating in front of the TV for Children

Children are especially at risk from this common habit in families. In the first place, it causes obesity, according to a study done recently in the United States. These young people have more inclination to eating fats and sugars, and as a result, calories.

They also don’t know when they are satisfied because they are paying attention to the “boob tube”, as the television tends to be called. There is no doubt that this activity contributes to suffering from weight disorders and changing behavior in the home. 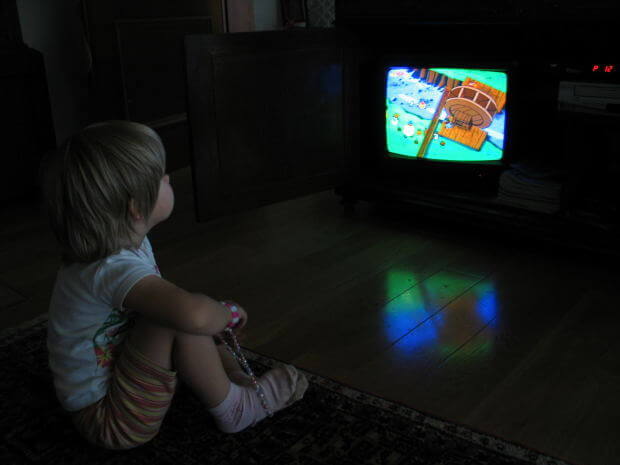 On average, children spend two hours in front of the TV every day. During this time, they spend the time eating breakfast, lunch, dinner, or just snacking. During this time, they tend to eat more potato chips, cookies, sweets, soft drinks, and junk food. This definitely leads to obesity and other diseases like high cholesterol or even diabetes.

According to the author of one of the studies, Leann Birch, at Penn State, the problem itself doesn’t come from watching television. The problem comes from when children eat without paying attention to the amount, the taste, etc.

Instead of eating junk food, it is better to eat apples, carrots, celery, non-buttered popcorn, natural juices, etc. And instead of being in front of a screen, exercise daily, outside if possible. 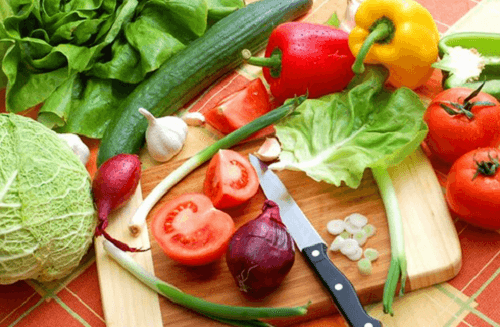 An Apple a Day Keeps You Healthy and Helps Prevent Cancer

You probably have enjoyed your favorite program while eating a snack or dinner. This is not good at all. According to doctors, these are non-compatible activities. In addition to what we mentioned before in the case of children, adults also suffer a lot from this problem.

Watching TV blocks the feeling of satisfaction because your brain is focused on other things, like what you are watching.

When you watch TV, you are relaxed, you separate yourself a little bit from your routine and problems, and you submerge into a fictional world. That is why you eat more without realizing it. Also, being in front of a TV goes hand in hand with eating snacks. The majority of these snacks containing a lot of fat, as we mentioned before.

Another thing to keep in mind is that you put things in your mouth mechanically. In turn, this can cause, in addition to obesity, stomach pains and “pigging out”.

All of this gets worse when you see food commercials because they stimulate you to eat more and want to eat this type of food more. People who watch more television tend to have worse diets, as well as having a sedentary lifestyle and not exercising.

Change your habit of bringing something to the couch when you turn on the television. When possible, reduce the amount of time you spend in front of the television. Eat in the kitchen or have your dinner partner not be the television. There is nothing better than a family chat to talk about your day, spend time with your children, etc.

The Danger of Eating in front of the Computer

Just like what happens with the television, your computer is an intimate enemy of your health. This is due to several things that go from a sedentary lifestyle to vision problems.

These problems range from muscle spasms and bad posture to a poor diet as well. Studies also indicate that the habit or routine of eating in front of your computer causes major infections, allergies, and diseases. These may also cause a higher possibility of suffering from obesity and related disorders (like cholesterol).

It is common to not move from your desk during lunch in order to finish your work sooner or to not have to leave the offer if it’s cold out. You put our plate of food (which tends to be fast food) beside the keyboard, and as you respond to emails or write reports, you take bites of food. As a result, your workstation has 400 times more bacteria than a bathroom.

But that’s not all, the electromagnetic field of a computer destroys the molecular structure of food and water and makes them unhealthy. This means that it loses its properties and nutrients, and causes different diseases and disorders, like Parkinson’s or Alzheimer’s (in the short and long-term). 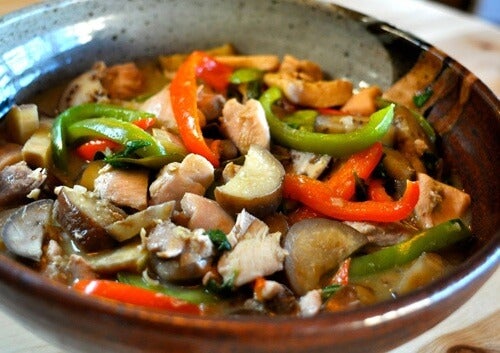 More dangers of this practice

A dirty workspace is the third most important, which causes colds, sicknesses, allergies, etc. To prevent all of this, take a lunch break. If you are slammed with work, take a half hour break, but don’t eat in front of your screen. Your body will thank you for it. 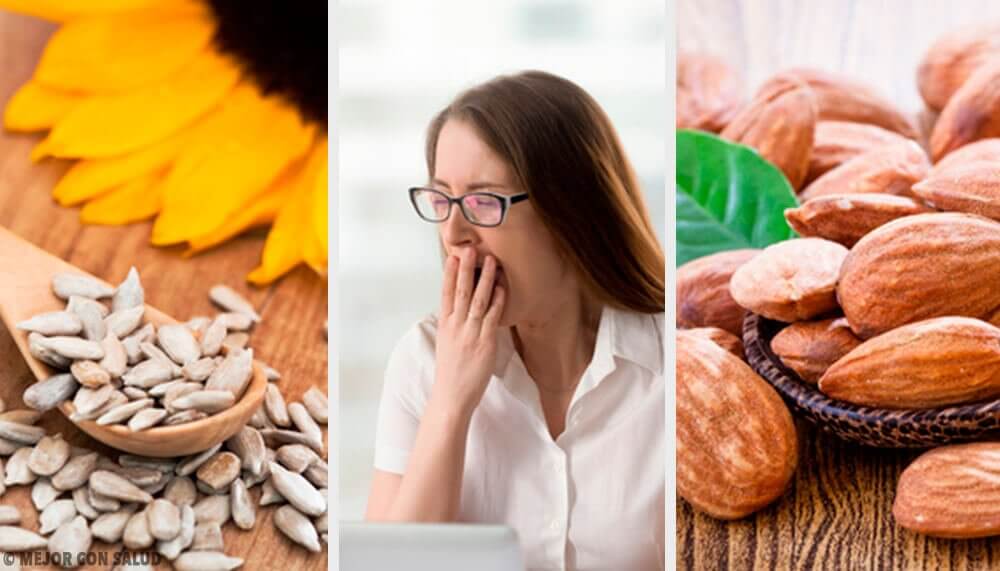 6 Dietary Habits that Fight Chronic Fatigue
Do you feel tired all the time? Maybe you feel like no matter how much you sleep, you still don't feel like doing anything? If so, you actually might be suffering from chronic fatigue syndrome. One of the culprits that can cause this problem is a poor diet. Read more »
Interesting Articles 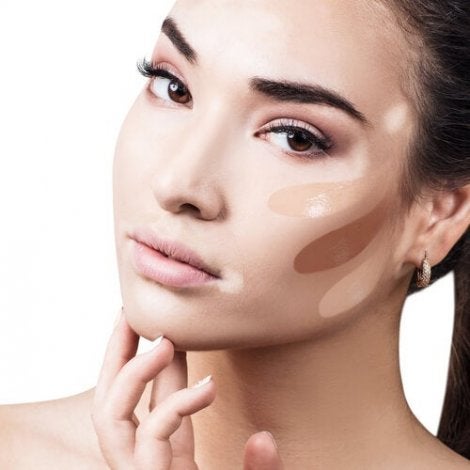 Corrective makeup in dermatology is specially made to conceal imperfections. In addition, it helps make your skin look better after certain skin conditions. This type of makeup is useful to: Alleviate the consequences of burns Improve cosmetic dermatology or plastic surgery Minimize… 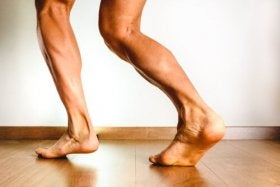 Anatomy and physiology
Why Do I Get Calf Cramps?

Surely throughout your life this has happened to you, and you’ve wondered why you get calf cramps. You might even wonder what’s really happening in that part of your body that causes so much pain. Well, it’s nothing more than an… 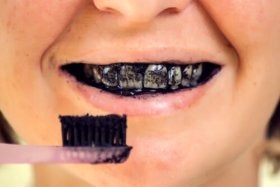 Recently, videos and posts have appeared from various influencers talking about the supposed properties of activated charcoal to help whiten… 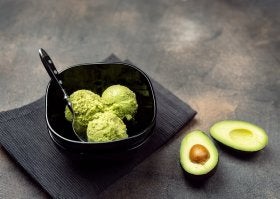