What Really Happens When You Crack Your Knuckles

While it stretches the joints, when you crack your knuckles, you stimulate nerve endings. This can damage the cartilage that protects the joints. 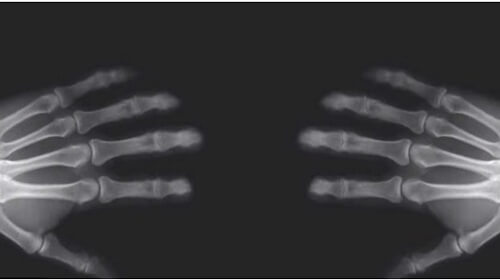 Many of us crack our knuckles often even though some people say it could eventually lead to problems like arthritis. This bad habit gives people a sort of pleasure when they do it, and some people crack their knuckles all the time without ever thinking about the potential consequences.

What are the risks of cracking your knuckles?

A joint is a location where two bones meet. All joints are made up of an area known as a joint capsule. The joint capsule protects the joint and contains a natural lubricant known as synovial fluid. This fluid is necessary for healthy joint movement.

It’s precisely this lubricant that’s responsible for the infamous “cracking” sound. That’s because there is dissolved air inside the joint capsule that you release when you apply force to your knuckles. Small air pockets escape quickly, and the characteristic sound occurs.

After you crack your knuckles it’s not possible to repeat it immediately, because the joint has to settle back to its normal position and more air must dissolve into the synovial fluid. But after about fifteen minutes, it’s possible to crack the same knuckles again.

Why do so many people enjoy cracking their knuckles?

Most experts think that knuckle cracking is a nervous habit. But it can also be a pleasurable habit because by stretching the joints, people stimulate the nerves in that area. Experts estimate that between 25% and 54% of people have this habit, and that it’s more common among men than women.

For those who practice osteoarthritic medicine, that characteristic cracking sound is a sign that they have performed the joint manipulation correctly. If it’s a bone reposition that the physician is performing, then the cracking sound indicates to him or her that he has repositioned the bone appropriately.

What happens to your knuckles when you crack them?

Lots of people crack their knuckles frequently, even though it can irritate the people around them. Studies have suggested that cracking your knuckles can actually lead to arthritis, instability in the joints, and a loss of strength or mobility in the hands. Some scientists say that cracking can damage the cartilage that protects the joint over many years. However, there’s still not enough evidence to show that this habit can eventually damage your hand motion.

One well-known study won the 2009 Ig Nobel award (an alternative award for unconventional scientific research). Donald Unger, a California physician, cracked the knuckles of his left hand for 60 years, at least twice a day. He never did the same to his right-hand knuckles. In the end, he concluded that, after six decades, he had no signs of arthritis.

Another study that was conducted in Detroit in the 1990s analyzed the hands of 300 people over the age of 45, and found that 84% of them with inflammation in the joints used to crack their knuckles. They couldn’t find a direct relationship between the habit and the inflammation, however.

In any event, it’s curious to find that only people who formerly cracked their knuckles frequently have later experienced discomfort and inflammation.

The findings of various studies contradict each other. Some argue that the habit can eventually damage the joints. Others claim it cannot. The truth is that we need more research to link knuckle cracking to arthritis later in life. Remember that this is a disorder that other factors, such as genetics and age, can cause. Many hard years of scientific work remain.

How could that knuckle “crack” really be dangerous?

Aside from the unknown relationship between cracking your knuckles and the onset of arthritis, this habit can cause other damage, such as ligament tears, finger sprains, and thumb injuries, just to name a few.

Strengthen Your Bones and Alleviate Pain in Your Joints with this Natural Drink
You can make use of this drink as a form of prevention or treatment. Thanks to its ingredients, it will help to strengthen your bones and alleviate pain. Read more »
Link copied!
Interesting Articles
Did you know?
Why Do We Have Armpit Hair?