Congenital Insensitivity to Pain: What Is It?

Congenital insensitivity to pain carries the risk of suffering different injuries and not being aware of it. Let's see what this strange condition is all about. 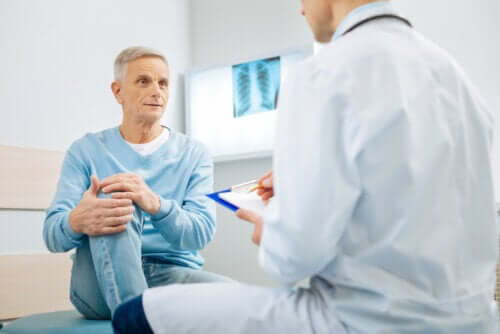 Pain is an unpleasant sensory experience, an alarm signal from our body to protect itself against something that’s causing it some kind of injury. While unpleasant, it’s one of the fundamental survival mechanisms of our species. And this is why congenital insensitivity to pain can be so dangerous.

Until relatively recently this pathology was unknown. It was first described in 1932, which was a major breakthrough because. Despite its low incidence, it’s a serious disease.

Not feeling pain means losing a great source of stimuli about what’s happening in our body. This means that people suffering from congenital insensitivity to pain are exposed to constant risk. In this article, we’ll tell you all about it.

What is congenital insensitivity to pain?

Congenital insensitivity to pain is actually a group of different diseases (hereditary sensory-autonomic neuropathies). Each of them is the result of the alteration of a particular gene whose function is related to pain sensation. The most relevant are:

All types carry the same risk, as insensitivity to pain prevents them from knowing the severity of any injury to the body. In fact, it’s even common for them to have wounds or other pathologies and not even know it.

For example, it’s quite common for these people to suffer fractures and not even realize it. Similarly, the skin is often quite characteristic, as they always have wounds, ulcers, or scars.

What does diagnosing congenital insensitivity involve?

As it’s a rare disease, the diagnosis isn’t easy. The most important thing is to carry out a good clinical history and proper physical examination. Especially in the case of infants, since it’s crucial to look for certain signs in them.

For example, many babies have sores on their tongue or lips. Insensitivity to pain often presents itself in wounds, bruises, or broken bones to which the patient shows no reaction.

In addition, doctors can perform certain complementary tests to help confirm the diagnosis. First of all, the electroneurogram is a test that specialists can use to assess whether the nerves are affected. They’ll also perform skin biopsies.

However, one of the most important aspects is genetic testing, which is usually the confirmatory test. In addition, because it is an inheritable pathology, it’s important to ask about the patient’s family history.

You may be interested in: Basic tips to prevent physical pain

In conclusion, congenital insensitivity to pain is a group of different congenital disorders, all of which involve an altered gene related to pain sensation. Each type is accompanied by other symptoms such as:

This insensitivity poses a great risk to life, as pain allows us to locate lesions and know when something is wrong in our body. Therefore, it’s important to diagnose it as soon as possible and to raise awareness among these patients.

Natural Therapies that Help Neuropathic Pain
Neuropathic pain is the result of an injury or malfunction of the nervous system. Due to this, the patient feels pain, weakness, and numbness. Are there natural therapies to alleviate it? In this article we'll tell you everything you need to know. Read more »