The Surprisingly Harmful Effects of Complaining

A negative attitude can have repercussions on your well-being and on those around you. Learn about the harmful effects of complaining and make a change! 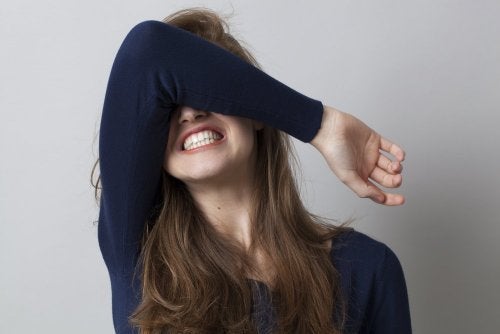 Being healthy is one of the most crucial things for a happy and fulfilling life. However, it’s also something that’s very unstable. This is because any practice, whether simple or complex, can greatly affect your health.

Following that train of thought, complaining constantly is an example. Despite what many people think, saying discouraging phrases to people around you affects your health and theirs. Thus, there are many harmful effects of complaining.

Some people usually complain without even knowing it. They do this out of a habit. Others do it on purpose. Either way, complaining is a method of torturing others with negativity.

A habit that affects your health

There are many habits that aren’t healthy for your body. Among them, using tobacco, alcohol, and leading a sedentary lifestyle stand out.

All of these habits are toxic to your health. However, there are habits that aren’t known or seen as such.

One of them is complaining. This is because there are many harmful effects of complaining.

The harmful effects of complaining on your brain

Your brain stores information, thoughts, data, and affirmations. Unfortunately, it doesn’t distinguish the good from the bad. As a result, the most repeated actions come more easily, and these are often negative.

Being in a constant state of negativity affects the main organ of your nervous system without you even noticing it.

Read on: Defend Yourself Against Negativity

It gradually gets used to these kinds of thoughts. These are ones that are more easily addressed in the near future.

Your brain function is composed of multiple synapses (neural connections) that are in charge of carrying information. These activate the moment you have a thought or idea. They’re helped by an electrical pulse.

So, you end up making these ideas very common and easy to access for your next neural reflexes.

At a glance, complaining is like destroying yourself from the inside. In other words, it degrades your body’s health.

Your central nervous system isn’t the only one affected by negative attitudes. Other regions of your body change due to this bad habit.

Discover: How to Have a Positive Attitude in an Adverse Situation

Areas like your heart and digestive system suffer from the effects of complaining. This increases the likelihood of suffering from diseases like diabetes, obesity, or high blood pressure.

In general, your immune system is also affected if you continually complain. These problems are associated with cortisol. This is the hormone that’s released by the adrenal gland during stressful moments.

When it’s produced in excess, your immune system is disrupted. When this happens, problems start to arise.

The results of surrounding yourself with negative people

A large number of people find themselves constantly criticizing. This goes from society to simple things like the clothes you wear. Criticism isn’t bad if and when it’s used to help you grow.

However, negativity and criticism go hand in hand. They form a habit that doesn’t bring anything good.

Complaining isn’t the only thing that’s in charge of tearing down your health. Surrounding yourself with negative people also has something to do with it.

Complaints and sadness mix in most people’s brains. The brain tries to assimilate its activity and strengthen it to “put it in its place”.

This includes when you don’t show interest in a situation. The main organ of your nervous system, because of pure empathy, looks for the reason for the sadness and complaints.

However, this doesn’t just happen with negative things. Happiness can also be shared to give good sensations.

People are sentimental and emotional beings. Because of this, it’s impossible to avoid episodes of sadness, melancholy, or anxiety. However, the best thing to do is maintain a balance between them.

Each step should come gradually, with calm and maturity. If you’re in a period of sadness, you need to get around yourself and live.

At the same time, getting out of the house without being hurtful is a great alternative. Do your best to make your life as positive as possible. Your body will thank you for it.