They Never Go Out of Style: Respect and Good Manners

While it's true we have a certain anonymity on social networks, we should learn to empathize with our neighbors and put good manners and education first. 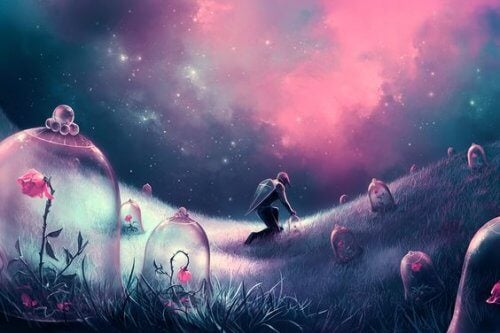 Good manners and respect never go out of style – they’re ageless. In this ever-changing, complex, and dynamic world there are roots that continue to give us strength and encouragement.

No matter how fast our society advances, there are things that keep us afloat: sincerity, respect, good manners, etc.

A notable fact that many see often in social media is the lack of respect among users.

Thanks to the anonymity on these platforms, it’s common to be disrespectful and rude to other people and groups.

The social media world is a complex scenario where the worst and the best of human beings is often reflected.

This valuable and wonderful communication tool undoubtedly enriches our knowledge but, in turn, if used incorrectly, it can become harmful.

Perhaps for this reason, we must be very intuitive and skillful when educating our children in this world.

We have to make them see that there are things that should always be present in any scenario: respect between people and good manners.

Both are values of great power in a world where information is shared in seconds, where we can communicate with anyone on the planet.

If we respect each other we’ll create a more hopeful future.

It is worth investing in good manners. We shouldn’t let them decay in this society where we no longer need to see each other face to face to be friends, where love can arise between two people in very different points of the world.

We encourage you to think about this subject more today.


In 2014, the well-known social network Facebook was obliged to invest money, time and effort to promote a life aspect that, apparently, was disappearing: good manners.

It may seem strange and even disturbing. Have we really forgotten what respect is?

In fact, it’s not that we’ve forgotten what it is. It’s just that these scenarios on social networking sites are very conducive to deploying behaviors as dangerous as cyberbullying.

Oddly enough, causing harm is sometimes easier than giving someone respect, attention or living together with other people – behaviors that younger generations don’t always put into practice.

To avoid or at least control this type of behavior, Facebook created a character called Mr. Nice.

Below we explain what role Mr. Nice plays within the most powerful social network in the world, a role which the newspaper The New York Times wrote an interesting article about.

Read also: Friends Share Our Burdens and Increase Our Happiness

Harassment on the internet, a growing problem


Facebook‘s own managers are aware that the phenomenon of online harassment on social networking sites does nothing but increase.

A study by the Pew Research’s Internet Project found, for example, that nearly 65 percent of young Americans aged 18 to 29 have been harassed on Facebook.

However, no one can measure the impact that their actions can have on other people.

Hence, you can’t control everything.

However, the most famous social networking site in the world is aware that they must fight for respect and good manners on the site every day.

For a more respectful world, for a more dignified future


Creating a more dignified future for us and the new generations require willpower, effort, and dedication.

It’s possible that the complex panorama of our current situation, with so many social problems and political crises, prevents us from being able to imagine a more hopeful, dignified world full of opportunities.

However, it’s important to reflect on some aspects:

It’s worthwhile, then, to sow small seeds of goodness and hope in our daily lives, as these seeds will grow into plants, which will bear the best fruit.

Self Esteem: The Key to Happiness
Self-esteem is the appreciation or regard we have for ourselves. Situations that hit us hard can cause our self-esteem to falter. Read more »
Link copied!
Interesting Articles
Relationships
Living with Your Partner