The toxicity of this substance is 600 million times greater than that of cyanide. However, doctors have come to find it useful therapeutically 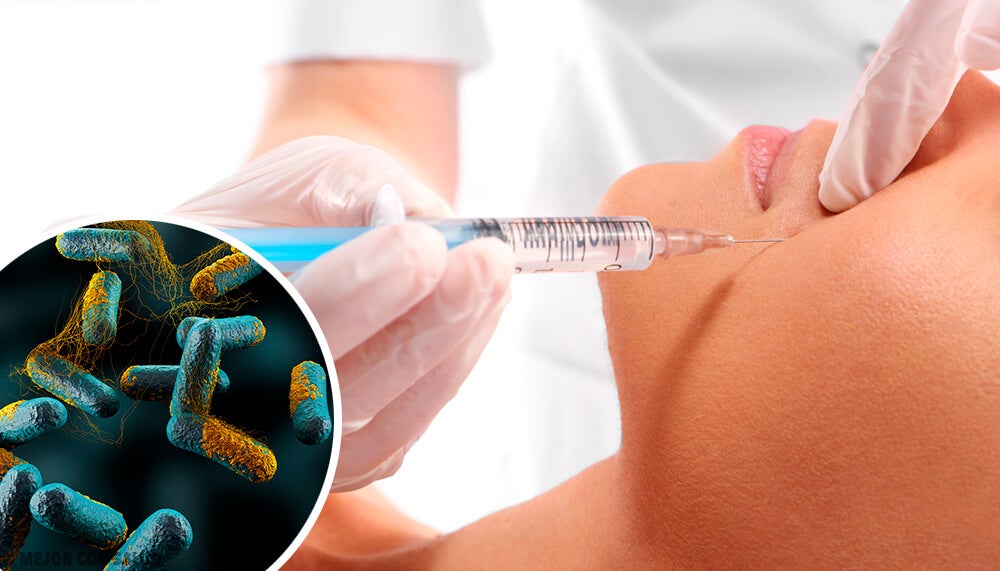 Exotoxins are molecules secreted extra-cellularly by microorganisms that are capable of causing a lot of damage to their host.

There are many different classifications for these molecules. For example, when it comes to the tissues that they affect, they may be neurtoxins, cardiotoxins, neumotoxins, among others.

In general terms, exotoxins are recognized as antigens by the host’s immune system. However, many are very toxic (such as in the case of some pathogenic clostridia). These can end up being fatal for an individual before the immune system can develop a response.

Botulinum toxin is produced by distinct strains of Clostridium botulinum.

The Dangers of Botulinum

This is the most lethal poison that exists, even more so than some artificial man-made poisons. For example, the toxicity of this molecule is 600 million times greater than that of cyanide. Just one gram of botulinum toxin is enough to end the lives of a million guinea pigs.

This magnitude of its toxicity has been declared as a weapon of mass destruction. That’s why it’s forbidden by the Geneva Convention and the Chemical Weapons Convention. This is an international treaty on weapons that outlaws the production, storage and use of chemical weapons, to which the majority of the world’s countries have agreed (192 of 195), the exceptions being North Korea, Egypt and South Sudan.

There are seven types of C. botulinum strains. Overall, they are all serologically different and produce distinct types of botulin: A, B, C, D, E, F and G. The strains of C and D are the only ones that produce more than one type of toxin. The most pathogenic toxins are A, B, and E.

Only the strains that produce these exotoxins are capable of triggering botulism in humans. This is a very unusual food-borne disease that comes from eating foods that are poisoned by these substances.

It involves the progressive loss of muscular function due to the neurotoxic effect of the botulin. Naturally, this can lead to death if it affects the muscles that take part in respiratory function.

Until a relatively short time ago, the mortality level of this disease was very high. However, after discovering an antidote, they have been able to reduce to the chance of death by 20%.

Botulin has a neurotoxic effect. That means it attacks the nervous system of the affected individual. To put this into context, you have to remember how a neuron functions and how the transmission of nerve impulses takes place.

Neurons have two functions: the propagation of the action potential, which is known as nervous impulse, and its transmission to other neurons or effector cells.

The propagation of the action potential along the neuronal axon is an electric phenomenon. On the other hand, the transmission of nervous impulses from one neuron to another or to an effector cell depends on the release of specific neurotransmitters that interact with specific receptors.

Certain drugs can modify the quantity of neurotransmitters that are relesaed in the transmission of nervous impulses. This is something that also occurs when we are in love, for example. This is because of the botulinum toxin. The effector neurons – those in charge of transmitting the nervous impulses to the muscles – are the first to be hit by this toxin.

Botulin exercises its action in the cholinergic nerve endings. Thus, it impedes the release of acetylcholine, an important transmitter that mediates muscular contraction. Because of this, the affected muscles become completely unusable.

The importance of botulinum toxin in medicine

This toxin can cause a lot of damage to human beings. However, a couple of decades ago, researchers discovered that a very small amount of the botulinum toxin presents a potent therapeutic power. Actually, it’s useful when it comes to treating spasticity, a disease characterized by chronic and involuntary muscular contractions.

If you locate the muscle that is affected and apply a small quantity of botulinum toxin to it, the issue can be almost completely treated. However, this is not the only disease that it can be used for. More avant-garde doctors have found that it is useful for treating squinting, hyperactive bladder and even migraines.

In fact, this substance has become tremendously popular in the aesthetics field. The well-known word botox is nothing more that the commercial name for type A botulinum toxin. Its popularity is due to its ability to decrease wrinkles and expression lines for months, applying only a minimal amount of botulin to the muscle that is responsible for the wrinkle.

How to Naturally Increase Your Collagen Production
Collagen is important to keep your skin looking healthy and firm. You can help increase your collagen production with your diet. Read more here. Read more »
Link copied!
Interesting Articles
Did you know?
New Year's Traditions Around the World