Home » Babies » Did you know? » Motherhood

Why Babies Sleep Best Next to Their Mothers

It's normal and natural for babies to fall asleep when their mother is nearby. That's why it's important that young babies sleep near their mothers. 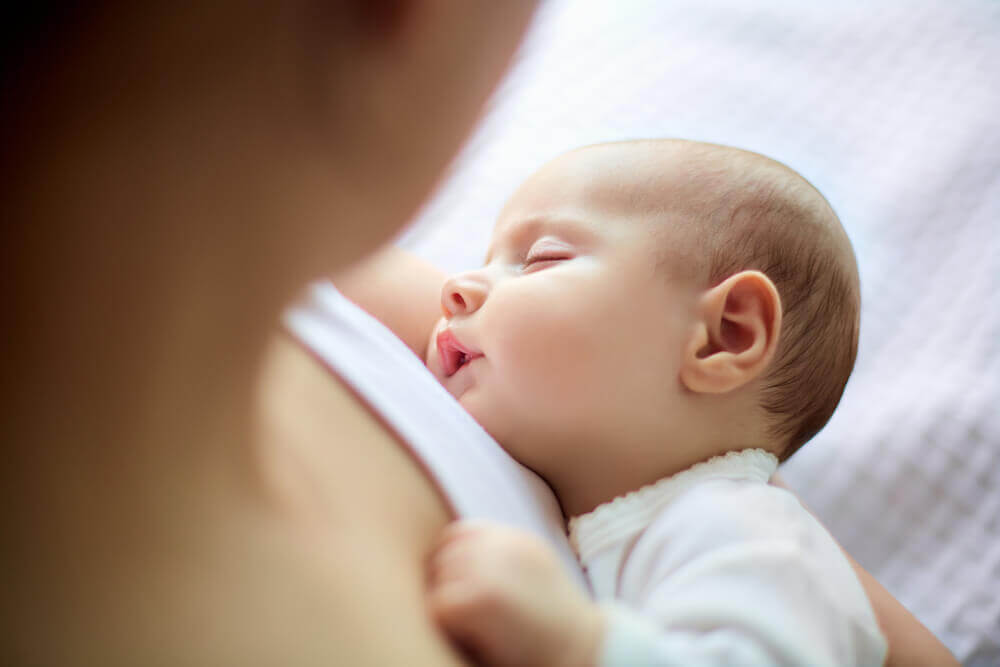 “Why does my baby sleep only when he’s next to me?” many new mothers ask, tearful and tired after several nights of poor sleep. The answer is simple. It’s natural: babies sleep best when they’re close to their mother.

After spending nine months embraced and supported inside of her body, they fell asleep and woke up listening to their mother’s heart beat.

Why do we think it would be any different after birth?

Babies need and seek physical contact to feel calm and protected, just like when they were in the womb. They need it while they’re awake, to fall asleep and while they sleep and when they wake up again.

This was how it was during pregnancy and how it will be for a while longer.

First, because babies have to get used to living outside of the womb. Then, their sleep patterns won’t be regular until they’re 5 or 6 years old.

Do not miss: Should you Wake Your Baby for Feedings?

However, some parents believe that from the time they are born they should sleep in their own crib in their own room. Others take the crib into their room for 4 to 5 months, but no more.

Unfortunately, however, this doesn’t help the baby to sleep. Babies only sleep if they’re close to their mother because that’s the only thing they know.

Co-sleeping is an Option

Getting their baby to sleep properly is the most common concern of new mothers.

While they’re searching for “magic recipes” to get them to sleep longer or to get them to fall asleep alone after waking up, they miss the easiest solution: co-sleeping.

For generations in many cultures, children have slept with their parents, and their parents with their grandparents. Sometimes, they’ve slept sharing the same room, most of the time in the same bed.

Cohabitation is still practiced by many parents regardless of social class, cultural customs or their country of origin.

A lot of doctors, psychiatrists and specialists supported the idea of leaving your baby to sleep alone, but they forgot that babies are mammals. Like every being that’s breastfed by its mother, babies only fall asleep if they are close to their mother.

While breastfeeding and cradling them, they listen to his mother’s heart, smell her nearby, and fall asleep.

Also read: Is it true that breastfeeding helps you lose weight?

Many attribute a baby’s sleep problems to their parents. They claim that the parents’ activities will keep the baby awake.

However, that’s not the case.

Pregnant women walk, go up and down stairs, drive cars, dance, have sex and exercise. Even with pregnancies that require total rest, the baby hears and feels his mother.

All that movement and all those sounds accompany babies while they sleep in the womb, which is nothing like sleeping alone in a crib in a silent room.

There are some babies who only fall asleep when they are close to their mothers, because it’s natural.

But many still insist on leaving them alone in their cribs. To keep them from crying and sleeping poorly – as well as for you and your partner – make it easy and keep your baby close to you.

Although many of us had our parents and grandparents sleep with us, instead of just doing the same, it’s time to trust our hearts and what our baby wants.

The Benefits of Feeding Babies Fruit Puree
Breast milk is important for a baby but food like fruit puree provides them with a nutritional boost. Read about the benefits of feeding them to your baby. Read more »
Link copied!
Interesting Articles
Babies
Discover Why Babies Stare

Motherhood
The Habits You Should Instill in Your Children

One of the biggest challenges parents face is instilling habits in their children to help them become good people. You…