Antiarrhythmics and their Appropriate Combinations

Regardless of the arrhythmia that's being treated, the goals of treatment with antiarrhythmics are to control symptoms and improve chances of survival. 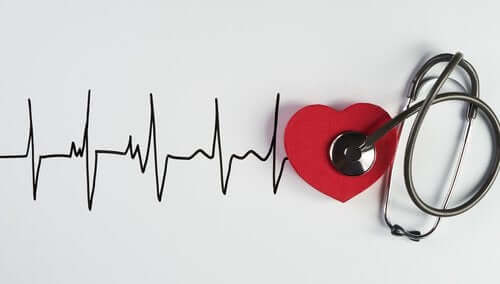 Antiarrhythmics are drugs used in the symptomatic and preventive treatment of heart function deterioration due to tachycardia and irregular rhythm.

They act by modifying the automatism, the refractory periods, and the conduction speed of the heart cells. However, the objectives of treatment with antiarrhythmics are to control symptoms and improve survival rates.

However, the efficacy of antiarrhythmics is moderate and they have a narrow therapeutic margin. In some cases, they can even be lethal if not used properly.

According to their main mechanism of action, we can classify antiarrhythmics as follows:

Antiarrhythmics from this group act by blocking the sodium channels. Among them, the most used are flecainide and propafenone.

They can become dangerous in patients with certain types of heart problems, especially if they have had a heart attack or suffered any depression of the heart’s contraction function.

At the same time, depending on their characteristics, this group has the following division:

In this group, we have the beta-blockers. Atenolol, propranolol, metoprolol and bisoprolol are most often used.

Its bradycardizing effect stands out, that is, reducing the heart rate on the sinus and atrioventricular node. These drugs can be used in patients with or without structural cardiopathy.

This group acts by blocking the potassium channels. Amiodarone and sotalol are the most popular. Amiodarone is relatively safe in patients with structural heart disease.

Structural heart disease refers to a series of cardiovascular conditions that are different but related, since they’re all the result of a similar problem. For example, they can all be caused due to an interruption in the natural flow of blood through the internal chambers and valves of the heart.

On the other hand, as far as amiodarone is concerned, it has frequent and/or serious side effects at the extracardiac level. One example is that it can produce toxicity in the thyroid glands and in the lungs.

Class IV antiarrhythmics work by blocking calcium channels. Among them, the most used are verapamil and diltiazem.

Although they’re weak as antiarrhythmics, they show bradycardizing properties, and they act on the sinus and atrioventricular node. In addition, they can be dangerous in patients with depression of cardiac contractile function.

Also read: Foods and Medicines that You Should Never Mix Together

There are two other drugs that don’t belong to any of the above groups and that doctors also use to treat arrhythmias.

In addition, physicians indicate them for certain documented tachycardias, according to their efficacy, safety, and proven benefit. In these situations, they’re used to relieve symptoms, improve heart performance, and prevent degeneration into a malignant arrhythmia.

Although specialists have been able to make great advances in cardiac ablation techniques, the type of arrhythmia and the patient’s profile conditions the treatment they select, especially if there’s underlying heart disease.

What You Didn’t Know about Cardiac Arrhythmias
Cardiac arrhythmias are fairly common. Today, you’ll discover and delve deeper into some data about them that may surprise you. Read more »
Link copied!
Interesting Articles
Medication
Differences Between Pharmacokinetics and Pharmacodynamics

Medication
What Is Precision Medicine?

Precision medicine is a very modern medical approach that seeks to offer each patient a completely personalized treatment, based on the recognition of their particular genetics. Ultimately, this perspective goes…