Home » Health » Illnesses » What You Didn’t Know about Cardiac Arrhythmias

What You Didn’t Know about Cardiac Arrhythmias

Cardiac arrhythmias are fairly common. Today, you’ll discover and delve deeper into some data that may surprise you. 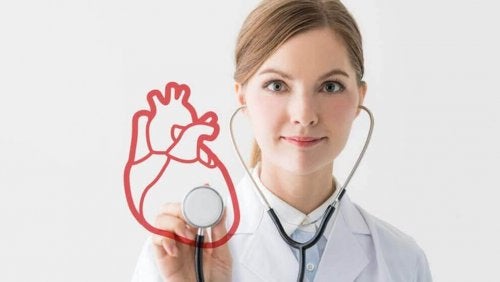 Cardiac arrhythmias affect many people. For this reason, we’ve talked a lot about them in Step to Health in the past. However, there are some aspects that you may not yet know about them.

As the Spanish Heart Foundation points out, cardiac arrhythmias are heart rhythm alterations. If your heart beats too fast, too slow, or has an irregular rhythm, these are signs that alert you to their presence.

Next, we’ll explain some aspects of cardiac arrhythmias that you must keep in mind. This is important since this condition affects more than 50% of the population.

All about cardiac arrhythmias

Electrophysiology is a test that medical professionals request to diagnose those with arrhythmias. It allows them to determine the type of arrhythmia a patient’s suffering from, its severity, exactly where it’s occurring, and the disorders it’s causing.

This test is very important, since it allows medical professionals to adjust the treatment to avoid wasting time trying options that won’t improve the patient’s problem. It’s a technique that’s having a lot of success and yielding great results.

The risk of sudden death from cardiac arrhythmias is high

These types of arrhythmias are often referred to as “malignant” due to their high risk of sudden cardiac arrest. If this occurs, treatment should be applied as soon as possible with ventricular defibrillation.

Read on to learn more: Artificial Hearts Promise to Help Patients Without Donors

Not all arrhythmias are equally dangerous

Despite the fact that some types of cardiac arrhythmias pose a risk of sudden death, this doesn’t mean that they’re all equally dangerous. This is why electrophysiology is so important. With this test, medical professionals can get to know the severity of the arrhythmia that the patient’s suffering from.

There are many other types of arrhythmias, such as heart blockages or paroxysmal supraventricular tachycardia. The important thing is to realize that they’re not equally serious nor require treatment. In fact, in some, monitoring and control is more than enough.

This article may interest you: Characteristics of Congenital Heart Disease

Just as not all cardiac arrhythmias are equally severe, the same goes for treatments. As we mentioned above, in some cases, the only treatment is only adequate follow-up and control. Nevertheless, other patients may need to quit harmful habits, such as smoking or alcohol and improve their diet.

However, it’s true that arrhythmias often need to be treated with drugs. But they aren’t all the same. Everything will depend on the patient, the type of arrhythmia they’re suffering from, and its severity.

Furthermore, there’s a treatment known as “radiofrequency ablation” that’s usually applied after the electrophysiological study. The goal of this treatment is to eradicate the arrhythmia with a small burn that destroys the heart tissue that’s causing the arrhythmia. Currently, it’s yielding excellent results.

Did you know all these facts about cardiac arrhythmias? Had you heard about some but didn’t know too much about them? Although we’ve dealt with this topic on different occasions, you can always delve deeper to learn more.

Also, remember that researchers continue to investigate new ways of treating this condition. Therefore, although we’ve mentioned several treatments, some new ones may appear later that, without a doubt, we’ll share with all of you. 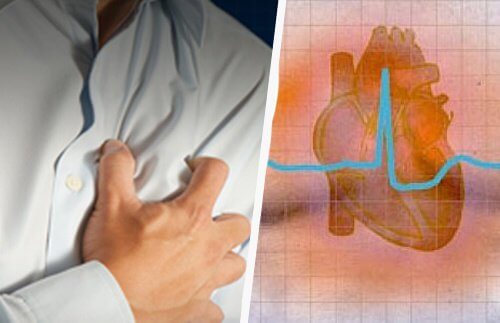 Heart Arrhythmias: Symptoms and Consequences
Keeping your heart healthy is really important. In this article, we invite you to expand your knowledge on heart arrhythmias. Read more »
Interesting Articles

Illnesses
What Is Posterior Tibial Tendinopathy?

Posterior tibial tendinopathy is an injury to the tendon that produces pain and swelling, and limits movement. The affected tendon in this pathology is found in the posterior tibia, which is fundamental in the functioning of the ankle and foot. The…

Retinoblastoma is a disease that affects the eye, and it usually happens at an early age. In fact, it’s the…

Female sexual dysfunction is a concept that includes various difficulties that prevent women from experiencing sexual pleasure. It’s also a subject that’s still taboo in many places. This is confirmed by research carried out by a team from the University…

Healthy diets
6 Diets that Help Care for Your Liver Health

The liver is one of the largest organs in the human body. Also, it’s in charge of helping your body…

Nosebleeds in children are common, but they can also be scary because of how shocking it is to see blood gush out of the nose. However, they generally don’t signify any danger and can be easily stopped. The most important…