Agranulocytosis can cause frequent infections, fever, chills and other nonspecific symptoms. 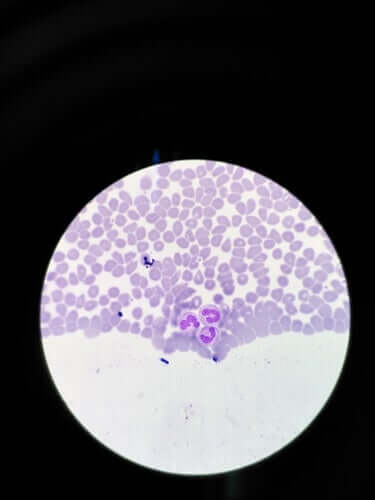 This is a rare but potentially serious disease. In this article, you will learn what this disease is and what its symptoms are.

Agranulocytosis is a blood disease. It occurs where there is a decrease of granulocytes in the blood. Granulocytes are cells present in our blood and are primarily responsible for fighting infections.

Why does agranulocytosis occur?

As you have seen, agranulocytosis is a disease that occurs when the number of neutrophils in the blood decreases. This can occur due to two different reasons:

Thus, the possible causes of agranulocytosis can be:

How agranulocytosis is classified

The severity of agranulocytosis is classified according to the number of neutrophils in the blood. Thus, the different classifications are:

This disease often has no specific symptoms. In fact, it can even go unnoticed. However, some of the most common signs are:

Additionally, for women, there may be a change in vaginal secretions. The important thing is to know that the patient suffers from infections more frequently. Also, they tend to be very unusual or uncommon infections.

Doctors may suspect this disease when the patient frequently suffers from infections. First, the doctor will order a blood test, which will show a low number of granulocytes if the patient has the disease. Also, the bone marrow can be examined by biopsy or aspiration.

Other tests that serve to reach the diagnosis are:

The treatment depends on the cause and the severity of the case. Thus, if the cause is pharmacological, the patient must stop taking the medicine causing it immediately. If you can’t, ideally you should try to replace the drug with another one. Also, doctors should order control blood tests.

In the case of infection, the patient should take antibiotics. The most widespread strategy is to take antibiotics against the most common microorganisms. When agranulocytosis is due to an autoimmune disorder, corticosteroids can lead to good results.

Also, there are currently more specific treatments, such as:

Agranulocytosis is a complex blood disease. It’s necessary to see a doctor if you suffer from infections frequently and suspect you may have it. You should also see the doctor if you feel weak, have a fever or any other symptoms mentioned. The doctor will perform the appropriate exams and prescribe the necessary treatment.

How to Improve Blood Circulation with Turmeric
The properties of turmeric can help improve blood circulation. Here's a simple home remedy to help you add turmeric into your daily diet. Read more »
Link copied!
Interesting Articles
Illnesses
Hepatitis in Children: What You Need to Know