Up to 85% of Feminine Hygiene Products Contain Glyphosate

To avoid risks from toxins, you can opt to use products made with organic cotton or choose other options that doesn't contain hazardous materials. 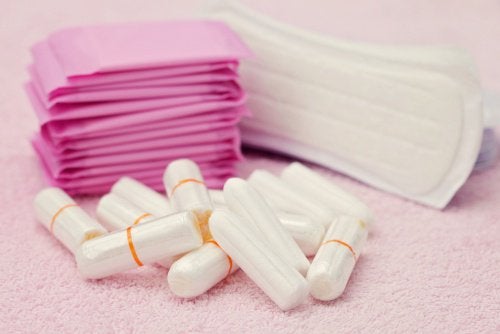 For decades, many companies around the world have made a variety of feminine hygiene products. Some examples of these include tampons, sanitary napkins, rinses, and soaps for intimate use.

While all of these products contribute to more comfort and security when you have your period, it seems that some of them might not be good for you. In fact, they may even contain substances that are harmful to your health.

The Food and Drug Administration (FDA) and the feminine hygiene industry were aware that between the late 1970s and early 1980s, more than 50 women in the US died from infections that were associated with the use of tampons.

In spite of these tragic events, however, both the FDA and the industry itself tried to play down the incidents. They even made efforts to have it appear as if it were only a “rumor.”

But while consumers continued to use these products without caution, scientific research found that they can indeed be harmful because the synthetic fibers many of them are made of can harbor deadly bacteria. Even more so, some release chemicals that can be toxic.

In 1975, Procter & Gamble, an American company, admitted how harmful their tampons could be in a public statement. They acknowledged that the material they used contained carcinogens and that their prolonged use could alter the natural flora found in the vagina.

After several years, these specific tampons were finally banned in 1980 and removed from the market. However, this left many women with fertility losses and even hysterectomies because of this.

Please read: One Model’s Leg was Amputated due to a Tampon

There’s still cause for concern

Toxic substances in traditional tampons have become one of the major issues of concern in recent years. It’s estimated that in the United States alone, more than 38,000 tons of pesticides are sprayed each year on 14.4 million acres of cotton.

And if that wasn’t enough, during the bleaching process, toxic chemicals like chlorinated hydrocarbons are added to the cotton. This includes dioxin, one of the most toxic substances known to man.

Read also: Causes of Burning Sensation with Urination in Women

In 2015, a study found that feminine hygiene products continue to pose many dangers to women’s health in general.

A substance known as glyphosate is found on genetically modified cotton that’s being used in the manufacture of more than half of feminine hygiene products.

A research team from the National University of La Plata (Spain), led by Damian Marino, has released the results of their latest studies:

They found traces of glyphosate in 85% of personal care and feminine hygiene products that contained cotton – the same products that are readily available in grocery stores, pharmacies, and markets.

They conducted their research by sampling products found in the region of La Plata. Products included tampons, pads, and other common items for feminine care. In addition, they tested cotton swabs, gauze, and more.

The results of their analysis showed that 85% contained glyphosate and 62% contained traces of AMPA (a derivative of glyphosate).

We had been focusing our attention on the presence of glyphosate in food, but didn’t think that products used in nearly all hospitals and doctor’s offices in the country to treat patients would be contaminated with a known carcinogen. There must be an immediate response to this situation.

Are there any alternative feminine hygiene products?

While the ideal solution would be to stop using these harmful products, the truth is it’s hard to do. They provide ease and comfort to so many women during that time of the month.

However, as the response to these toxic substances found in such common products begins, a good alternative option is to use those that are only made from organic cotton or that don’t contain hazardous substances. For example, menstrual cups or cloth pads are good and safe options.

Also, experts recommend that you take care to preserve the natural bacteria and other flora that protect your vagina. In other words, avoiding aggressive rinses and douches, and using very little friction when you wash this delicate region.

How to Treat Overly Heavy Periods Naturally
Read about these natural treatments for menstrual pain during heavy periods, without side effects that can damage our bodies. Read more »