6 Exercises to Keep Your Brain in Shape

Exercising your body not only helps to keep your brain in shape, it also helps produce the serotonin that makes you feel good. Try these 6 exercises! 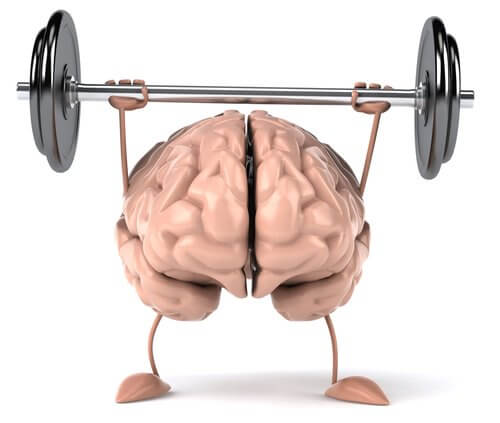 Your mind and body go hand-in-hand. After all, “mens sana in corpore sano” (a healthy mind in a healthy body)! This is also true when it comes to your brain. In this article we’ll be looking at how you can keep your brain in shape.

This has been backed up by several scientific studies. They have concluded that physical exercise contributes to having a healthier brain.

In addition, regular physical exercise prevents future illnesses and aging of the brain, as well as improving cognitive development.

In addition to that, it’s also effective against strokes, diabetes and heart disease.

It has even been shown that exercise helps with the formation of new cells in areas of the brain that have much more activity than usual.

If you want to keep your brain in shape and slow its aging process, practice the following exercises:

6 exercises that keep your brain in shape

Following a weightlifting routine once a week can help you to keep your brain in shape.

Scientists assure us that lifting weights reduces levels of homocysteine, an inflammatory molecule that is present in the brains of elderly adults with dementia.

A weights routine is a very complete form of exercise. As well as regenerating brain cells, it also helps to tone the back muscles and biceps.

You can go to a gym to have access to pull-up stations or you can make your own weights and design an exercise routine at home.

You may also like: 6 Incredible Benefits of Jumping Rope

We’ve always known that walking is a form of exercise that helps to keep the body and mind in good health.

This physical activity also promotes performance in cognitive tasks and fights the reduction in mental capacity that comes with aging.

It is highly advisable to include walking in your daily exercise routine because it also prevents cardiovascular illnesses and wards off stress.

As researcher Arthur Kramer, director of the Beckman Institute of the University of Illinois, discovered, any physical exercise where you need to think and keep your balance is good for your brain.

Surfing, for example, stimulates the sense of self-awareness. It’s about being aware of the different parts of our body and where they are situated.

Self-awareness puts your mind to work through receptors found in the muscles, known as muscular spindles. They communicate the length and stretching capacity of your muscles to your brain.

Doing any physical activity that you enjoyed as a child stimulates your working memory.

Your working memory prioritizes and processes information and makes you ignore irrelevant things and focus on what is really important.

Physical activities like climbing trees or running barefoot have a powerful effect on the brain. You can get even better results by combining two activities.

Another form of physical exercise that helps to keep your mind in shape is dancing. Dancing releases endorphins and serotonin, which are known as the hormones of well-being and happiness.

It also stabilizes cortisol levels, as a result of which it is a natural antidepressant and mood stabilizer.

However, that’s not all. Dancing also helps to delay the process of volume loss in the hippocampus (memory) and maintains mental clarity.

It has also been shown that dancing significantly increases intelligence. That is why it is one of the most highly recommended moderate physical activities for people of all ages.

Fencing is a sport in which you have to move quickly, react instantly and make decisions in a fraction of a second.

All of this helps to counteract the effects of aging, such as:

These forms of physical exercise are incredibly effective at activating your brain. Include them in your daily life and get your brain into shape!

The Benefits of Reading at Night for Your Brain
You may have heard about the benefits of reading for your brain, but what about reading at night? We'll take a look at the benefits in this article! Read more »
Link copied!
Interesting Articles
Health
Why Do Canker Sores Appear?