5 Types of Hepatitis and Their Main Characteristics

There are five main types of hepatitis, and each of them has its own particular characteristics. Although they share some signs and symptoms, they are very different diseases. 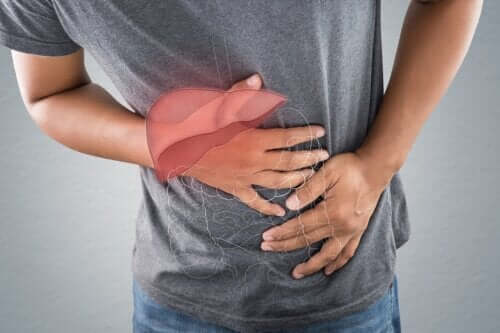 Today, we’re going to talk to you about five types of hepatitis that are all caused by viruses. However, each one has its own characteristics that distinguish it from the rest.

By definition, hepatitis is an inflammation of the liver. However, the same problem doesn’t always cause it. In fact, this organ can swell due to gallbladder overactivity, after a big meal, or due to a serious viral infection.

The 5 types of hepatitis

Viral hepatitis can be caused by five varieties of the hepatitis virus. According to the international classification, each virus is named after a letter of the alphabet: A, B, C, D, and E.

Below, discover what happens when someone becomes infected with any of these viruses.

Types of Hepatitis: Hepatitis  A

Hepatitis A is the mildest of this group of viral infections. It’s transmitted through the fecal-oral route. In other words, an infected person expels it through their feces, contaminates food or water that another person eats or drinks, and the virus finds a new host.

As the liver is inflamed, the bile stagnates and doesn’t circulate. As a result, the skin turns yellowish (jaundice). This occurs because bilirubin impregnates the skin and mucous membranes, which is why the whites of the eyes also turn yellow. Excess bilirubin is eliminated through the urine, which also becomes darker.

The usual symptoms last about 15 days. Although the disease can last for a month or more, this isn’t common. Patients tend to recover without any major problems and, if there was no dehydration, they won’t suffer from any lasting effects.

The most dangerous symptom is fluid loss, especially in young children. Due to how fast it spreads, extreme precautionary measures should be taken when there are outbreaks in closed populations, such as schools.

Hepatitis B is the best-known type and affects people from all around the world. It spreads through body fluids such as blood and semen, which is why experts consider it a sexually transmitted disease.

The long-term consequences of hepatitis B are serious. Many patients progress to chronic forms, such as cirrhosis or liver cancer. Although it’s difficult to prevent its progression, more and more biological drugs that can improve patients’ survival rates have appeared.

Immunization and education are the two pillars of prevention. There are many developed vaccines, which several countries in the world include in their official immunization schedules. Its effectiveness depends on people completing the recommended doses for each case.

On the other hand, preventive education, with greater emphasis on sexual topics, is key. Condom use and basic protective measures in relationships are key to mitigating the spread of this disease.

In practice, experts believe that hepatitis C doesn’t have an acute form. In other words, patients who become infected suffer from the chronic form immediately and may never know they became infected until a test detects it.

The usual mode of transmission is through the blood, due to transfusions conducted in non-specialized places or syringes intravenous drug abusers use. Sexual transmission is minimal in this case, unlike hepatitis B.

Treatment options for these patients are complicated. Firstly, the recommended antiviral drugs are very expensive. Almost no one can afford all of the doses they require, which is why state aid or social work is essential.

Secondly, if the hepatitis C progression and the drugs don’t work, the patient will require a liver transplant. This is the situation of those who develop cirrhosis or liver cancer due to the chronicity of the infection. However, not all patients can undergo the procedure.

The hepatitis delta virus (HDV), which is a satellite (a type of subviral agent), causes this disease. Thus, to spread, the patient or host has to be infected with the hepatitis B (HBV) virus.

Transmission can occur through blood or sexual contact. Also, an infected mother can transmit it to her child in the womb. Fortunately, the hepatitis B vaccine is effective in preventing the delta particle as well.

Experts don’t know much about this delta agent. In some cases, the hepatitis B symptoms worsen due to the coinfection, while it went unnoticed in others.

Like hepatitis A, this viral particle follows the fecal-oral route and spreads through food and water. The clinical picture is also similar to gastroenteritis that comes and goes without the need for external intervention.

Severe clinical pictures have been recorded in pregnant women, among whom an aggressive form that leads to liver failure is more common. The liver can’t function properly and complications that endanger both mother and fetus occur, such as the inability to clot and fluid buildup in the tissues.

All types of hepatitis require medical care and are preventable

Although different, all types of hepatitis can be prevented. Basic hygiene and care measures can reduce the risk of infection.

Experts consider viral hepatitis silent epidemics that continue to spread, as many patients are unaware of their condition. Thus, it’s important for people to know about them and get vaccinated to minimize the possibility of contagion.

Management of Chronic Kidney Disease
Many people don’t manifest symptoms of chronic kidney disease until it’s very advanced. Read on to learn all about its management! Read more »
Link copied!
Interesting Articles
Illnesses
Excessive Appetite: What Are Its Causes?