Things That Make You Unattractive Without Realizing It

Being unattractive isn’t just about looks. You can be a person with beautiful features, yet your behavior will make you unattractive. 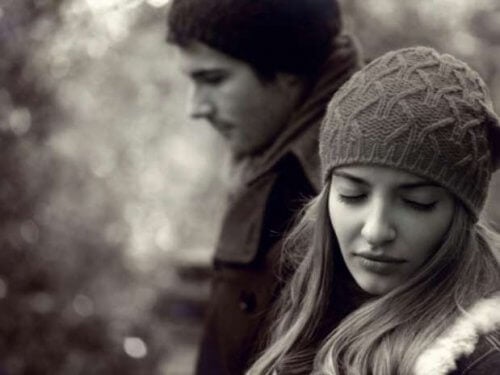 Most of us usually strive to be a great person who is kind, attentive, and compassionate. But there are certain habits that can actually make you unattractive, despite your good intentions.

Caertain behaviors can make you unattractive, annoying, or even unapproachable. Try to avoid or improve these habits to become a better friend and grow as a person.

Habits that can make you unattractive

You only think about yourself

It’s normal for people to do this without realizing it. This happens when you only focus on yourself, you only talk about yourself, and you don’t stop to consider whether those around you have something to say.

Do you really believe that you’re the only one who matters? If this is the case, it’s time to make a few changes. No one wants to be friends with people who only care about themselves.

You focus on exterior beauty and ignore the beauty within

True beauty comes from within your heart, in addition to your body and soul. Your physical appearance isn’t what’s most important.

When you’re someone who has unattractive behaviors, others won’t see you as the kind of person they want to spend time with.

If you think that looks are all you need, it’s time to take a look in the mirror and see beyond the physical.

Are you the kind of person who has to be better than others? If so, this behavior can really make you unattractive.

When you care for your friends, you let them have their moments to shine.

Avoid being the type of person who minimizes the achievements of others just because you want to stand out. Valuing the capabilities of others makes you a more pleasant person.

You’ll also feel better yourself when you value others because you’re exhibiting good character.

Talking to your friends as if they were enemies

One of the things that can make you unattractive is to frequently argue with your friends. Instead, try to resolve or respect your differences.

This way you’ll be better able to take care of others. If you look at your friends as if they were enemies, you probably wouldn’t mind betraying them.

Remember that you’re friends to protect each other. That’s why you should always view them as being on your side, in spite of your differences.

You question your importance to others over trivial matters

This undoubtedly makes you an unattractive person. When you constantly question how much others value you, you show that you’re an insecure person, which often alienates people.

When, for example, two of your friends decide to go somewhere without you, it doesn’t mean that you should doubt their friendship. They’ll remain your friends and their lives don’t stop when you’re not around.

You don’t always need to be right.

Ideally, a group of friends will all be on equal terms.

Are you usually the one who makes decisions? Do you feel the permanent need to be in charge of every situation? Do you try to control what other people do?

If any of the three cases above applies to you, it could be making you less attractive. Try relaxing and allowing others to express their opinions, and only take the lead from time to time.

This, in addition to making you seem more attractive, will allow you to rest and not always bear the responsibility on your shoulders.

Lying about everything or providing unnecessary excuses isn’t something anyone wants in a friend.

When you engage in this behavior, you’re likely to become a person who doesn’t trust others and feels the need to judge the actions of those around you.

Being dishonest will get you nowhere. Remember that your friends are there to understand and support you, so be honest.

When you are a rude, offensive person, or someone who enjoys embarrassing your friends, you’ll be unattractive. No doubt, very few people will want you around them.

It’s irritating to be near someone who doesn’t know how to behave.

An act as simple as agreeing to do something together can become a scene that no one wants to take part in if they have to deal with some who is rude.

While it’s not about pretending to be someone you’re not, improving your attitude and behavior will make you a more social person.

We recommend reading: 5 ways to connect with your inner “you”

One of the worst things that will make you unattractive is negativity. This occurs when you’re constantly seeing the dark side of things, imagining the worst situations possible, or giving up without even trying something.

No one wants to be around someone who is a source of discouragement instead of support.

When you’re positive, you’ll encourage those around you and more positive things will happen to you.

How Science Explains the Secret of Attraction
What's the true secret of attraction? Science may have the answer and it just may surprise you. Learn more about what makes you attractive in this article. Read more »
Link copied!
Interesting Articles
Relationships
What is Emotional Codependency?