Strengthen Your Immune System with 6 Habits

Approximately 75% of the ways you can strengthen your immune system have to do with quality of life. Adopting healthy habits could strengthen your body's natural defenses. 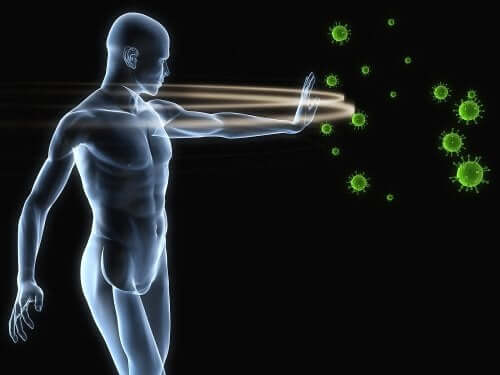 There are several things you can do to strengthen your immune system and avoid getting sick during the upcoming cold months. The immune system is what protects you from illnesses and infections, so when it’s weak, it’s easier to get sick.

These days most of us live a fast-paced lifestyle, which is commonly associated with stress. Working indoors and around other people also exposes us to pollution, viruses, and harmful bacteria. Exposure compounded with stress can weaken our immune system, which puts us at risk for falling ill.

To help you avoid becoming the victim of an infection, we have prepared a list of healthy habits you can follow to strengthen your immune system. Before breaking down these habits, however, we need to understand how our natural defense system works.

What is the immune system and how does it work?

Immunity means to be protected. With that being said, it makes sense that the body’s way of fighting off sickness would be called the immune system. A network of cells, tissue, and organs make up this system, working together to protect the body.

White blood cells are an important part of a healthy immune system. These germ-fighting powerhouses come in two basic types:

When a foreign molecular substance, known as an antigen, enters the body, a slew of different cells work together to identify it and fight it off. These cells set off the production of antibodies in the lymphocyte B cells.

Antibodies and the immune system

Antibodies are proteins that bind to specific antigens. Once the lymphocyte B cells locate an antigen, they “remember” it and build antibodies so the next time the antigen is introduced to the body, the white blood cells can easily fight it off. This is why when you come down with the chickenpox, for example, you probably won’t ever have it again.

As for the lymphocyte T cells, also known as “killer cells” or “k cells,” these cells move in to fight antigens when antibodies aren’t able to defeat them without help.

There are many other mechanisms and cells involved in the immune system. However, it’s important to have a basic grasp of your immune systems to better understand why the habits below can really improve your health.

6 habits to boost your immune system

Approximately 75% of the ways you can strengthen your immune system’s function have to do with quality of life. With that being said, adopting healthy habits could strengthen your body’s natural defenses.

This powerful player in numerous defense functions also helps regulate cell production in your immune system. Zinc is essential in DNA production and, in fact, it plays an important role in creating white blood cells.

Read more: Purines: Everything You Need to Know

2. Make sure you’re getting enough calories

If you aren’t consuming enough calories, then your body is running on an energy deficit. This means that your body is putting all the energy available into sustaining your vital organs like your brain and heart, instead of supporting your immune system.

If you aren’t getting the recommended number of hours of sleep for your age group, your immune system will eventually be compromised, leaving you vulnerable to colds, respiratory infections, and other illnesses. Problems with sleep can cause a considerable decrease in your immune cells.

Some would consider that in addition to leading a healthy lifestyle, having sex regularly could enhance your body’s defenses. According to one study from 2013, oral sex could help protect you or your partner from illnesses like endometriosis.

In general, you should engage in some type of aerobic exercise that encourages you to move different parts of your body at the same time, like swimming or riding a bike. Moderate exercise is best, and you should try to avoid overexerting yourself.

If you aren’t used to exercising, start slow. Give your body a chance to get used to the new routine. Little by little you can increase the intensity.

Here are some of the best nutrients for strengthening your immune system:

As you can see, with a few simple habits you can strengthen your immune system and enjoy good health. Although these habits won’t prevent you from ever getting sick, they can help greatly reduce your risk.

Weakened Immune System: What to Look For
Constant fatigue, colds, and sore throats can be clear symptoms of a weakened immune system. Therefore, it's important to be able to recognize signals from your body when this happens. Read more »
Link copied!
Interesting Articles
Healthy habits
Restful Sleep - How Much Do We Really Need?

How much truly restful sleep do we really need? Indeed, the saying "I'll sleep when I'm dead" is popular as…