Sleep Deprivation May Lead to Dementia

To increase the level of oxygen in your bloodstream, get plenty of fiber in your diet and eat fruits and vegetables that are rich in potassium, magnesium, and vitamin C. 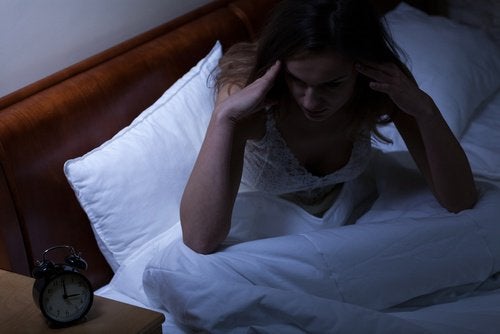 Time and time again experts have warned us about the habits that can interfere with your quality of sleep. These include eating dinner too late, watching TV before bedtime, or staying on your laptop or cellphone while you’re in bed. Most people ignore these factors. However, the changes in your biological clock could have serious consequences. Sleep deprivation and sleep disorders can affect your physical and mental health.

In addition to this, a recent study found that not getting enough sleep and other health problems could cause brain abnormalities to develop. These are similar to what patients with dementia experience.

This finding was made by a group of researchers at the Veterans Administration in Hawaii. Scientists collected data from 167 men with an average age of 84 years who were followed until their deaths, on average for six years.

Post-mortem autopsies focused on the brain. Researchers looked for minor aneurysms or changes in the cerebral tissue that occur more often in people who have poor sleeping habits due to factors like sleep apnea or emphysema.

The study found that individuals who had experienced changes in their cerebral tissue also had low levels of oxygen in the blood. This is something that’s related to the onset of dementia.

Low levels of oxygen and sleep deprivation may lead to dementia

The results were based on the fact that brain abnormalities are often found in people who suffer from sleep deprivation as well as low levels of oxygen in the bloodstream.

The study’s lead investigator, Dr. Rebecca P. Gelber of the Pacific Islands VA Health Care System and the Institute for Pacific Health Research and Education in Honolulu, Hawaii, said that their findings showed that low levels of oxygen in the blood and sleep deprivation can contribute to brain damage and dementia.

While she acknowledges that more research is needed to link sleep problems with dementia, the results are very interesting, particularly when you consider the fact that the number of people with sleep disorders has increased in recent years.

Their study was published in the medical journal The American Academy of Neurology, titled “Association of Brain Lesions at Autopsy with Polysomnography before Death.” It includes important information about the duration of sleep time, oxygen saturation of the blood, and the presence of sleep apnea.

What causes low levels of oxygen in the bloodstream?

According to the experts, low levels of oxygen in the blood can be caused by the following factors:

See also: 7 Tips for Taking Care of Your Brain

How can you increase levels of oxygen in the blood?

To increase your levels of blood oxygen you should follow a diet that’s high in fiber, along with a healthy amount of fruits and vegetables that are rich in potassium, magnesium, and vitamin C. Among the best options are:

It’s also important that you reduce your sodium intake, avoid eating fats, sugars, and processed foods. You should also listen to doctors’ recommendations about sleep deprivation. This can also affect your brain and have other negative impacts including a bad mood, fatigue, difficulty concentrating, stress, and more.

5 Breakfasts that Nourish Your Brain
We need a healthy diet to have the best physical and psychological performance. Eat these 5 breakfasts that nourish your brain. Enjoy! Read more »

Link copied!
Interesting Articles
Did you know?
Is it Possible to Remove Tattoos?