Lemon Charlotte is a really refreshing, simple, tasty, and healthy dessert for the whole family. It's a dessert fit for royalty. 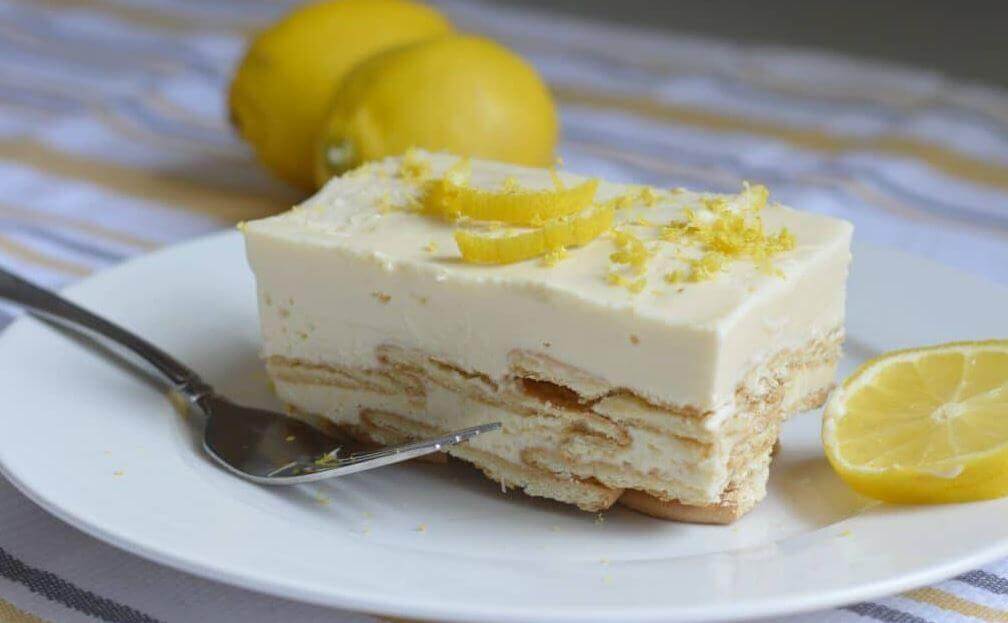 A box of biscuits, condensed milk, and some lemons are all you need to make this delicious dessert, ideal for an afternoon snack or pudding after lunch. Today we’re going to give you a mouth-watering yet simple recipe for Lemon Charlotte.

It’s quite similar to lemon pie, although lemon pie adds eggs and sugar directly to the biscuits. Read on and learn how to make this tasty French dessert.

To make Lemon Charlotte, the main ingredients are a tin of evaporated milk, another of condensed, and at least two packets of Maria biscuits. The secret to this dessert is in the biscuits.

As far as measures are concerned, the tin of evaporated milk should contain 360 ml. Generally, a tin of condensed milk contains 397 g, and you’ll need 170 g of biscuits.

Of course, we mustn’t forget the star ingredient: the lemon. Six to eight lemons (1 kg) should be enough for the amount of juice that we need. The actual measurement is 16 tablespoons of juice, about 200 ml.

Optionally, you could add extra flavor with half a tin of cream (225 g) and two teaspoons of ground cinnamon. These are extra ingredients and you don’t need them for the original recipe. It all depends on what  you like.

Finally, put it in the freezer

The great thing about this recipe is that since the biscuits are pre-made you don’t need to use the oven at all. In fact, it’s quite the opposite. Next you”ll put the Lemon Charlotte in the freezer. You should keep it there for a minimum of 30 minutes, so that the dessert solidifies.

There are some people who like to leave it all day in the fridge and not use the freezer at all. Both methods are acceptable, although the second one gives you greater control over the final results. You’ll be able to see that it’s set properly, without freezing it too much.

Before serving, you could sprinkle a little ground cinnamon on top. Some people grate some lemon peel on the top too. Both of these toppings enhance the flavour as well as the presentation. You could even cover it in whipped cream.

Lemon Charlotte, the dessert of queens

Some versions of the story claim that the dessert came from England, during the reign of King George III. As the story goes, the dessert got its name from his wife, Charlotte of Mecklenburg-Strelitz.

A different story suggests that the inventor of the dessert, Marie-Antoine Carême, made it by modifying a recipe for a dessert called Charlotte Russe. And so the Charlotte was named in honour of the wife of Czar Nicholas I, Charlotte of Prussia.

Maybe we’ll never know which Charlotte gave their name to this tasty dessert. What we do know is that it definitely deserves royal status in the dessert kingdom.

9 Delicious Homemade Lemonade Recipes
When you combine lemons with these other medicinal ingredients, you get unique, natural homemade lemonade recipes that are great for your body. Read more »
Link copied!
Interesting Articles
Desserts
A Recipe for a Chocolate-Persimmon Custard Pie