Polyuria is an increase in urine production in your body. Its causes are benign sometimes, however, there are times in which this symptom is a warning of the presence of a chronic disease that requires treatment. In today's article, we're going to tell you what these possible causes are. 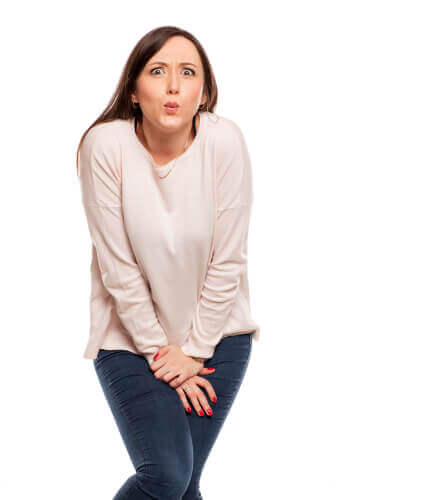 Polyuria is a medical term to refer to an increase in urine production. An adult gets this diagnosis if their body produces more than three liters of urine per day. For children, it’s more than two and a half liters in twenty-four hours.

There are other similar terms that don’t really mean the same. For example, pollakiuria is when a person urinates several times a day but their total amount of fluid is normal. Similarly, there’s nocturia, which happens when a person must interrupt their sleep to urinate at night.

There may be polyuria with nocturia or polyuria with pollakiuria, but they’re not the same. In addition, there can be an increase in urine volume without another accompanying sign as well. In any case, this is merely a symptom and not a disease in itself. Thus, to find out what’s the underlying disease, you must obtain a diagnosis.

The amount of urine produced in twenty-four hours depends on three factors:

Firstly, let’s name the general causes of polyuria so we can explain the diseases that are the most frequent cause of this symptom later, in more detail. Some causes are due to everyday events while others are more persistent:

Read also: What Is a Diuretic and What Is it For?

Specific diseases that lead to polyuria

After describing the general causes, we’ll now name four diseases in which polyuria is a common symptom. Medical control is very important in these diseases as polyuria can be a huge problem.

Even though polyuria is another symptom in the context of these pathologies, it causes extra problems when it gets out of control. Even so, the main goal will always be to solve the underlying disease.

This is one of the most common causes of polyuria, in terms of diseases. It’s common for the triad of polyuria, polydipsia (increased thirst), and polyphagia (increased appetite) to be the initial warnings of this condition.

Polyuria responds to the body’s need to get rid of excess glucose, as per the diabetic condition. With so much sugar circulating in the blood, the only way to escape is to excrete it with the urine, thus increasing its production. Hence the classic polyuria of these patients.

The heart is unable to pump the necessary amount of blood to the entire body. So, it becomes an insufficient organ because it doesn’t have enough strength to execute the contractions.

It’s common for people with heart failure to have polyuria because the failure in the circulatory process leads to the accumulation of fluids. Thus, the body removes the excess fluid through the urine, often increasing the volume at night.

Check out: Your Health and Urine – 8 Different Types

People with hypertension present an increase in the amount of urine when they’re not under medication, or when the control of their disease isn’t appropriate. Sometimes, polyuria is the only sign in the presence of a silent disease such as high blood pressure.

High blood pressure values ​​affect the kidneys function, changing the way a body filters blood and produces urine. Thus, it increases production. In addition, there’s also involvement from mechanisms that are similar to those of heart failure.

Generally, there aren’t many people with kidney failure but the pathology is quite serious. In these cases, the kidneys aren’t enough because they’re not able to adequately filter the blood for proper urine production. In the light of such poor filtration, the body doesn’t only lose those substances that must go out of the body but also the useful ones like water, among others.

Renal insufficiency can be a final and complicated stage of other pathologies, such as diabetes, or an entity resulting from poorly resolved infections, autoimmune attacks from the organism, and even malignant tumors.

Polyuria is a symptom worth paying attention to. However, if you’ve eaten salty food or you’ve been exposed to cold temperatures, then there’s nothing to worry about. Just wait for it to go away on its own. However, you must consult your doctors if it’s persistent.

Medical professionals will do the necessary studies they need to make a diagnosis and get to the root of the polyuria problem. Once they find the cause, they’ll establish the necessary treatment.

Learn All about Urine Abnormalities
There are several types of urine abnormalities. Don't hesitate to consult your doctor if you're seeing changes in your urine. Read more »
Link copied!
Interesting Articles
Illnesses
Characteristics of Henoch-Schönlein Purpura Disorder