How the Immune System Fights Cancer 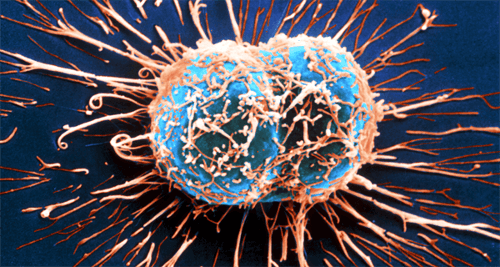 Similarly, the immune system is also able to identify and fight its own cellular components. This occurs when these components are abnormal. This is the case of cancer cells, which differ from normal cells.

It’s important to understand that, in all types of cancer, the disease process consists of some cells of the body dividing uncontrollably and spreading to nearby tissues. Cancer is a dangerous disease, which is why it’s very important to have professional help to fight it properly.

Functions of the immune system

In addition to recognizing and fighting tumor cells, the immune system also has other ways to prevent their appearance.

But how does the immune system recognize cancer cells? The answer lies in some surface proteins present in all cells, called surface antigens.

The surface antigens of tumor cells are different from those of normal cells. Thus, the cells of the immune system can recognize these antigens and detect when they correspond to a mutated cell.

The immune cells are capable of performing that recognition task are T lymphocytes. These cells have a number of receptors that detect surface antigens.

If you want to know more: Nutritious Food Choices When You Have Leukemia

The immune system’s response to cancer starts with the recognition of mutated cells, thanks to the aforementioned surface antigens. These antigens are examined by T lymphocytes, present in the lymph nodes.

After this, the T lymphocytes undergo a series of changes and then activate. This gives them the ability to travel to the blood vessels. Through them, the T lymphocytes reach the tumor directed by concentration gradients of certain signaling molecules.

Once they reach the area of the tumor, the T lymphocytes infiltrate said region in order to attack. Here, they recognize the tumor cells that have certain proteins on their surface and proceed to destroy them.

They do this by stimulating another series of immune system cells. For example, Natural Killer (NK) cells or macrophages.

This article may interest you: Scientific Advances Develop Vaccine Against Cancerous Tumors

In these cases, the immune system can fight back thanks to Natural Killer cells. These cells are capable of detecting when a cell has lost its own surface antigen. Thus, they recognize it as foreign and eliminate it.

Another mechanism that tumor cells can use to avoid immune system action is to produce chemical messengers with inhibitory action on the immune cells. Thus, they create immunosuppression around the tumor. This favors the survival of cancer cells.

For these reasons, the main goal of immunotherapy is precisely to help the immune system fight abnormal cells. This can be achieved with adjuvant therapy, which uses antibodies directed at tumor cells in order to favor their elimination.

Opioid Treatment for Cancer Pain
People with cancer use one or another opioid treatment to deal with their intense pain as it's often intense and disabling and may arise due to a tumor. Read more »
Link copied!
Interesting Articles
Illnesses
Characteristics of Henoch-Schönlein Purpura Disorder