Eating Fish with Mercury During Pregnancy Linked to Autism

Mercury's influence on autistic children has become more and more evident. In this article, we'll show you what the latest research says in respect to this matter. 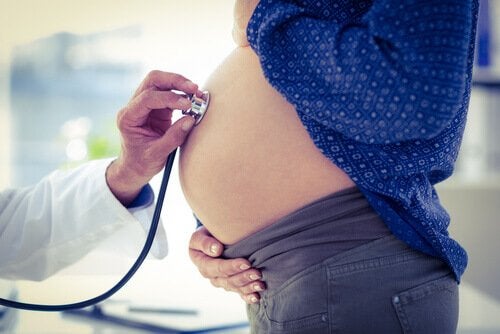 After decades of research, the question as to why so many children have autism continues to go unanswered. This is because there is not just one single factor.

Overall, there are two fundamental symptoms that are associated with autism:

Some signs that may be indicative of  ASD in children are:

Overall, many scientists tend to agree that genetics are a factor in having this condition.

What is the relationship between autism and mercury?

Studies show that many metals such as mercury can affect autism if women consume them during pregnancy.

Mercury is a chemical element with the symbol Hg and atomic number 80. In ancient literature, it was commonly referred to as liquid silver or quicksilver. With a silver-like appearance, it is a heavy metal that belongs to the D block of the periodic table. Mercury is the only metallic element that is a liquid under standard laboratory conditions.

In a study done by the University of Bristol, scientists analyzed data on more than four thousand pregnancies. Then, they discovered a relationship between the level of mercury in the mother’s blood and the appearance of ASD in children under 11 years of age. Thus, they believe they found a correlation between the onset of autism in children and the intake of mercury-contaminated fish in pregnant women.

Conclusions of the Study

This study concentrated on newborn children in the former county of Avon, England, in 1991 and 1992. Currently, it is run by George Davey Smith. Overall, the study included 15,247 pregnant women with estimated delivery dates between April 1991 and December 1992. Since then, the parents, the siblings and the children of the participants have also been a part of the study.

However, it’s important to note that many of the other children belonged to lower socioeconomic classes. Thus, their mothers did not eat a lot of fish during their pregnancy.Because of that, they had less exposure to this risk factor.

In addition, the researchers said that the condition was more common in women who had a high level of mercury in their blood during the first half of their pregnancy.

Therefore, the study concluded that a high consumption of fish during the first half of pregnancy increases the chances that the future child will suffer from Autism Spectrum Disorder.

The 5 Most Common Signs of Autism
Autism is defined as a neurobiological development disorder or autism spectrum disorder (ASD). Signs of autism usually manifest themselves in the first three years of life and which will last for their entire life. Read more »
Link copied!
Interesting Articles
Medication
The Effectiveness and Uses of Glucosamine