Irregular vaginal bleeding - why it happens

If you notice irregular vaginal bleeding then you must consult a gynecologist. They'll test you to determine the cause and to rule out any possible complications. 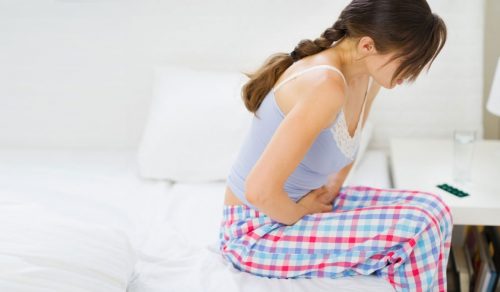 The kind of irregular vaginal bleeding that happens in the middle of your menstrual cycle is known as intermenstrual bleeding or metrorrhagia, as stated in this study by Hospital Virgen del Camino en Pamplona in Spain.

Metrorrhagia can be due to several different factors and many people think it’s caused by irregular menstrual cycles, but it’s not. Vaginal bleeding between periods may be due to many things. And, even though the reasons are usually not a big deal, it may still be a sign that something’s wrong. So, you must consult your doctor for an accurate diagnosis.

Next, we’ll tell you what are some of the causes of intermenstrual vaginal bleeding.

There are many causes that can lead to this symptom. Gynecologists divide them into three main classes, however:

Because bleeding can originate from any of these three locations, your condition may be due to several reasons.

Contraceptive pills and contraceptive devices such as intrauterine devices (IUDs) can cause irregular bleeding according to this study by Universidad de Los Andes in Peru. It’s either due to the level of hormones contained in the pills or a problem with the IUD’s placement in the uterus.

If you’ve started a new contraceptive treatment and this is happening to you, talk with your gynecologist. They’ll evaluate your situation and perhaps suggest a different method.

Keep in mind that any contraceptive treatment will alter your menstrual cycle somewhat. So it’s normal to experience episodes of either super heavy or very light periods.

A woman’s body produces two main hormones (estrogen and progesterone) that are responsible for regulating her menstrual cycle. When there’s an imbalance between the two, irregular bleeding can occur either during the period or any other days in the cycle. This can lead to very painful periods, very heavy flow, or bleeding between periods.

Such imbalances can be caused by:

STDs, especially gonorrhea and chlamydia, may cause symptoms of irregular vaginal bleeding after having unprotected sex. At least this is what this study by Universidad de Valencia and this one by Clinica Las Condes in Chile claim. Transmission is mainly due to unprotected sex.

Some of the symptoms of STDs include:

All of these usually precede heavy bleeding between menstrual cycles.

You must immediately consult a doctor if you experience any of these symptoms. This is because a test should rule out any possible complications and you’ll be able to follow proper treatment.

Avoid self-medicating, as it could be counterproductive.

Infections are often the cause of irregular vaginal bleeding

This is one of the most common causes of irregular vaginal bleeding and can either affect your vagina or your urinary tract according to this study by Clinica Alemana de Santiago, in Chile. So, inflammation and irritation lead to irregular bleeding when you have an infection, but it’s typically very mild.

You could get an infection through:

Irregular bleeding can also occur during perimenopause. Women usually experience light spotting or very light bleeding in the middle of the menopause process.

So, even when your regular periods have stopped and your ovaries are no longer active, some women still have a small amount of brownish discharge, similar to blood.

Check out this article: Five things you should do to care for your skin during menopause

Polyps in the uterus

These growths that originate in the uterus can cause irregular vaginal bleeding according to this study by Hospital Las Higueras, en Talcahuano, Chile.

Generally, the presence of blood or abdominal cramping may be a sign that something is happening with your uterus. However, many women don’t notice anything strange beyond the irregular bleeding.

According to this study by Hospital General Universitario Vladimir Ilich Lenin, in Cuba, fibroids might lead to infertility. However, they’re non-cancerous and grow inside the uterus. So, only a gynecologist can detect them.

The symptoms are quite clear:

These originate in the ovaries and rupture after the release of the ovum. Then, this rupture leads to cramping, abdominal pain, and vaginal bleeding.

So, these are the most common cause of bleeding between periods. However, consult your gynecologist if you have any questions.