8 Signs That a Man is Cheating on You

There's no shortage of relationship issues out there. They're not usually easy to solve, either. You try not see what's happening, how you're failing. This keeps the relationship from working the way it should.  If something starts to seem off, that's when you should start to worry. Lack of communication or intimacy are the most common causes of these issues. 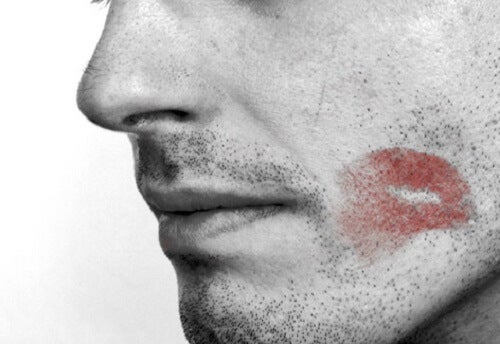 Today, we’re going to talk about some of the potential signs that a man is cheating on you. If you know the signs, it can be much easier to spot bad intentions. Just remember, they aren’t necessarily 100% correct all of the time, so you shouldn’t use them as a final judgment.

Signs that something is wrong

He starts to worry more about his appearance

He frequently mentions a special person

Pay special attention if it’s a co-worker, a friend, or someone he hasn’t seen in a long time, for example.  He might not have been unfaithful yet, but it has to start somewhere.

He might also tell you beforehand so that if someone saw them talking, you won’t think anything of it if someone mentions it to you.  Or maybe he doesn’t want you to suspect anything if someone comes to your house or you yourself see them talking.

Pay attention to his phone!

Phones can tell you a lot if you’re looking for signs that a man is cheating on you.  It could have calls, voicemails, texts, and more.

You should worry if you notice that he acts strange when he answers the phone, talks quietly, steps out to take the call, lies about who he was talking to or what it was about, gets nervous, erases conversations right away, or communicates much more with his phone than he used to.

Watch out for perfumes!

Pay attention if he gets home with a woman’s perfume on him and makes up a thousand excuses when you ask him where he’s been. No, some salesperson at a perfume shop sprayed it on me!…My friends were playing a joke on me!…I just stopped to say hi to a woman who was wearing a lot of perfume!…etc.

It’s best not to even ask him why he smells the way he does, because he’ll come up with endless excuses.

Makeup on his clothes: one of the warning signs that a man is cheating on you

If there’s makeup on his clothes, that could be a bad sign. Whether it’s lipstick, dark marks from mascara or eyeliner, red or pink stains, etc.

Couples tend to have less sex as time goes on, but not all of a sudden.  If he starts to fall for someone else, you might notice a sudden drop. It won’t be like it was before, or with the same kind of intensity and passion.

What Do Couples Who Have Survived Sexual Infidelity Have In Common?

One of the clearest signs that a man is cheating on you is that he invents outings to places that he never actually went, or says he stayed longer at work because he had to put in a few extra hours. Or maybe he said he went to visit a sick friend: unfaithfulness don’t always take place at night.  Cheating is actually very common in the middle of the day.

What about that gift?

Maybe he brings you unexpected gifts like flowers, pricey jewelry, or something else that’s important to you. Watch out if he has puts on this look like he’s so in love with you.

Most of the time it’s because he feels guilty and wants to make it up to you with by giving you something, especially if it happens at unexpected, non-special times.  90% of try to make up for infidelity with small details like this.

6 Keys to a Successful Relationship
At the beginning of a relationship, the love is intense and new, but later on come the difficulties. Read and apply these keys to a successful relationship! Read more »
Link copied!
Interesting Articles
Did you know?
Why Do We Have Armpit Hair?