These 7 Factors May Lead To Cervical Cancer

Although a direct link hasn't been found, a sedentary lifestyle along with an unhealthy diet can lead to a buildup of toxins in the body that can increase the production of tumor cells. 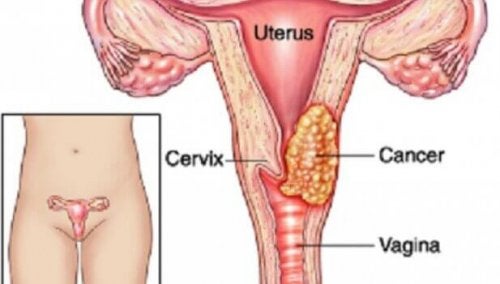 Cervical cancer affects woman everywhere. It’s caused by an abnormal growth of cells in the cervix which form tumors that become malignant.

Despite modern medicine’s ability to detect and treat this form of cancer, it remains the fourth leading cause of death among women ages 30 to 59.

The majority of cases are directly linked to the Human Papillomavirus (HPV); however, other causes have been studied.

Because so many people are unaware, we want to share these 7 factors that experts have linked with the development of cervical cancer. Let’s take a look together!

Factors that lead to cervical cancer

98% of the precancerous lesions that develop into cervical cancer could have some sort of link with certain types of the Human Papillomavirus.

Men are carriers of the virus and transmit it to women during sexual relations.

So far, one of the most effective methods to prevent infection is getting a vaccine. The vaccine is for people between the ages of 9 and 45 in three doses.

2. Having sex at an earlier age

Becoming sexually active at an earlier age can be detrimental to a woman’s health because the uterus is not yet fully developed, making it more susceptible to viruses and other diseases.

Sex education at an early age is key to recognizing this type of risk and other consequences that can affect a woman’s health.

Smoking is not only the leading cause of lung cancer, but it also plays an influential role in the appearance of other types of tumors.

Women who smoke daily have risk of developing cervical cancer four times higher than those not exposed to tobacco.

This is due to the noxious substances in tobacco that accelerate the growth of cells that become cancerous.

4. Prolonged use of oral contraceptives

Although the risks are minimal due to all that advancements that have been made in oral contraceptives, using them for more than 5 years in a row increases your risk of this type of cancer.

Please note that this is only a small possibility, it’s mainly caused by HPV.

Women who are overweight and lead a sedentary lifestyle are more likely to suffer from this disease in adulthood.

A sedentary lifestyle causes circulation problems and increases the risk of contracting an infection.

On top of that, the excess fat and toxins increase the growth of tumor cells, making things even worse.

Chlamydia is a common bacteria that can infect the female reproductive system. It’s transmitted through sexual contact and is one cause of infertility, as the infection inflames the pelvic region and this can affect fertility.

After a blood analysis, researchers found that women who have or had a chlamydia infection have a higher risk of cervical cancer than those who never did.

In most cases, infected women don’t present any conclusive symptoms. Doctors use a pelvic exam to detect infections.

7. A family history of the disease

As with other types of cancers, cervical cancer can be due to genetic factors.

Women with a family history of cervical cancer are two to three times more likely to develop the disease than those without one.

Several experts suspect that the tendency to develop cervical cancers in families is due to a hereditary condition that makes the immune system less able to fight HPV.

Going in for a test regularly is the best way to prevent this disease.