Intestinal worms are quite common. In this article, we share some of the symptoms that may indicate that you have worms. 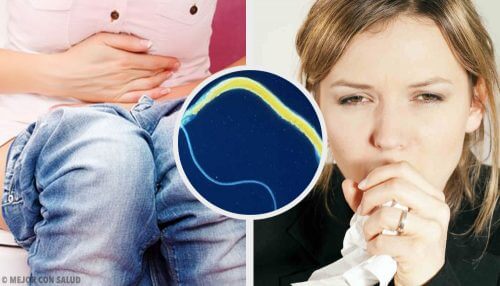 Having intestinal worms can be a condition that upsets or even scares many people. However, you shouldn’t be ashamed if you suffer them. Intestinal worms are a very common condition that, according to studies such as this one conducted at the National University of La Plata in Argentina, is becoming a public health problem in many countries.

If you have them, consult your doctor and follow their instructions to improve your health quickly. You need to be aware of the symptoms and get treated, as it’s been proven that they can cause health complications, especially in children.

Below, we’ll tell you what intestinal worms are and some of the symptoms that may indicate their presence.

What are intestinal worms?

Intestinal worms, or parasites, are organisms that live and feed on other organisms. Thus, intestinal parasites are organisms whose survival depends on the nutrition and health of the human body.

Intestinal parasites can begin to inhabit your body in several ways. The most common way in which you can become infected is through the ingestion of poorly cooked food, according to this study from the Department of Infectious Diseases at the Hospital Ramón y Cajal in Madrid. Larvae can be easily camouflaged in raw chicken and pork.

It’s also possible to ingest them from contaminated water and uncooked fruit or vegetables. In addition, it’s also very easy to be contaminated by parasites through contact with animals, according to this study (even domestic ones such as cats, dogs, and birds).

There are many types of intestinal worms that can have different sizes and shapes and cause different symptoms.

You should also read: Common Symptoms of Intestinal Parasites: How Can I Tell if I Have One?

Symptoms that indicate the presence of intestinal worms

Diarrhea is a common symptom of several diseases, not just intestinal worms. It can manifest for many reasons, from consuming food in poor condition to heart or respiratory infections, according to this study from the San Carlos Clinical Hospital in Madrid.

Diarrhea is a very common symptom in cases of unicellular intestinal parasites. This type of parasite is sometimes called angleworms, although they’re imperceptible to the naked eye.

In the case of large worms, from one inch onwards, diarrhea only manifests when there’s overpopulation in the intestine. In this case, the patient could come to observe the worms in their feces.

Many patients may confuse this pain with cramps because the abdominal pain associated with intestinal worms is intermittent and quite strong. Some women ignore this symptom of intestinal parasites due to their resemblance to strong menstrual pains.

The abdominal pain caused by worms affects the lower part of the torso, closer to the crotch than to the stomach. In fact, there’s a correlation between irritable bowel syndrome (IBS) and parasitism, according to several studies. This symptom indicates the presence of long worms that feed directly on the intestinal walls, which irritates the nerve endings and causes severe pain.

This symptom is one of the most common in children and young people. Intestinal worms consume many vitamins and minerals necessary for growth.

Children who have parasites are usually shorter and thinner than most, according to this study from the National University of Asunción, Paraguay. They may also have little energy. If your child sleeps a lot during the day and is tired when they wake up, they may be suffering from worms. If so, consult your doctor to start treatment.

Fatigue is a symptom of possible malnutrition, rather than of the worms themselves. When worms eat more nutrients than the infected human body, the person may feel weak and sleepy. If you notice changes in your energy levels, start to look for the possible manifestation of other symptoms.

Several types of worms inhabit the human gut for most of their life cycle. However, during the first stage when they’re just larvae, they can develop in other parts of the body. Some parasites migrate to the lungs and esophagus, just as this study conducted by the Faculty of Veterinary Medicine of the National University of San Marcos mentions, in the early stages of growth.

This can cause inflammation of sensitive tissues. A dry cough that isn’t relieved by anti-flu or sore throat remedies may indicate parasites. This symptom can be quite annoying and even painful.

Make sure you read: 9 Foods That Help With Fatigue and Headaches

The intestinal worms present as strange masses lodged in the body. Although you don’t feel their presence physically, your body receives nervous stimuli from your intestines constantly.

These stimuli tell the brain that the intestine is full but obviously can’t identify if it’s processed food or worms.

Thus, you may suffer sudden changes in your appetite. You may be eating less and less and being satisfied with a smaller amount of food.

On the other hand, some types of earthworms process too many nutrients. This causes your body to suffer a nutritional deficit. In this case, you may feel hungry much more often and increase your food intake.

You must be very attentive when any of these symptoms manifest. It’s unlikely that one of them directly indicates the presence of parasites in the body. However, if you notice that two or more symptoms manifest at the same time, we recommend consulting your doctor.

If your doctor diagnoses you with this condition, they’ll most likely recommend a single dosage of an anti-pinworm drug that must be repeated two weeks later. It’s also advisable to treat the entire family to avoid contagion.

Nevertheless, the best treatment is always prevention. Regarding children, make sure they wash their hands often, especially before eating or after playing outside. In addition, make sure their nails are short and clean. 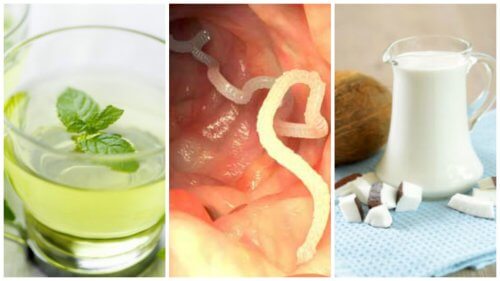 Retinoblastoma is a disease that affects the eye, and it usually happens at an early age. In fact, it’s the…

Illnesses
What You Need to Know About Hypoparathyroidism

In today’s article, we’ll tell you everything you need to know about hypoparathyroidism, an endocrine disorder that produces an imbalance…

In its normal state, the vagina contains a variable amount of yeast. When this yeast reaches excessive amounts, it can lead…

Wellness
How to Deal with Workplace Sexism

Are you a victim of workplace sexism? Are you fed up with sexist jokes and inappropriate comments? You don’t have to put up with them and there are ways to deal with the situation and put an end to it.… 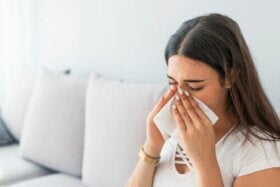 Sinusitis is a disease that’s caused by an upper respiratory infection. In fact, it causes inflammation of the paranasal sinuses.…

Treatments
Surgical Removal of Exostoses of the External Auditory Canal

Surgical removal of exostoses of the external auditory canal is indicated in cases where there’s a total, or almost total,…