11 Early Warning Symptoms of Cancer that Often Get Ignored

There are certain symptoms that get overlooked or attributed to minor ailments when, in fact, they’re early symptoms of cancer. If you have the slightest doubt, you should always consult a specialist. 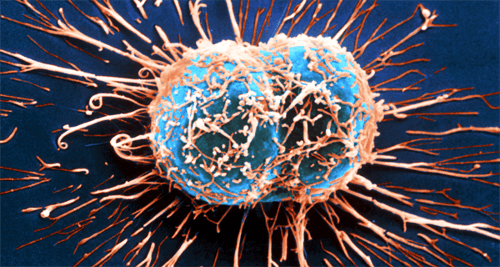 Every day hundreds of people around the world are diagnosed with different forms of cancer, and often it’s already at a very advanced stage. That’s why you should know about some of the early warning symptoms of cancer.

Often, malignant tumors have no symptoms at all. By the time they’re detected they’re often already in a stage that’s difficult to treat effectively. In most cases, early diagnosis is key. The more advanced your cancer is, the more likely it is you will succumb to the disease.

Because of this, it’s important to know some early warning symptoms of cancer that may seem quite unimportant. In today’s article, we’ll tell you about 11 early cancer clues that often get ignored.

Your cough might seem like a common symptom of a respiratory problem, because this usually occurs when you have chest congestion or some type of infection. But if your cough is persistent and accompanied by any bleeding, you should see your doctor immediately because it could potentially be a form of cancer related to your respiratory system.

Many people who get diagnosed with lung cancer recall that they experienced feelings of being short of breath before they discovered they had this disease. Perhaps they overlooked it as a passing thing or a symptom of asthma.

We all have different bowel habits. Some people have very efficient digestion and frequently go to the bathroom while others are more constipated and have trouble with their bowel movements. But everyone should be alarmed if they notice blood or a black color in their stool, persistent diarrhea or chronic constipation, the uncontrollable need to go to the bathroom, abdominal pain, and more.

Suffering from frequent infections could indicate that you have leukemia. Leukemia is a disease that’s caused by the abnormal production of white blood cells (leukocytes), which causes the body to lose its ability to fight off infections. In adults, it’s common to discover leukemia through symptoms like frequent high temperatures and fever, or other symptoms related to colds and the flu.

Changes in the urine

Have you noticed that the color of your urine is darker than usual? Does it have a strong smell? Any changes in your urine or urinary habits could indicate something’s wrong with your body.

Typically these symptoms appear due to some kind of tumor or growth in the urinary tract. You should considered them to be clear signs that you need to see your doctor immediately.

If you suffer from chronic pain in your back, neck, legs, or other areas, it’s a good idea to check with your doctor. In this case, your pain could have to do with other symptoms we’ve described so far.

Changes in your skin or moles

Any changes in the skin, such as dark spots, new moles, or changes to an existing mole are reasons for contacting your dermatologist and ruling out the possibility of skin cancer.

Read more: Skin Cancer Warning Signs and What to Do About Them

A common symptom of cervical cancer is spotting or bleeding in between your normal periods. If you experience rectal bleeding, it could indicate colon cancer.

Pelvic pain can be hard to ignore because it’s usually very persistent and accompanied by inflammation. This is a symptom of many different diseases and disorders, but can also indicate the presence of ovarian cysts and cancers related to the female reproductive system.

Although sudden and unexplained loss of a few pounds might be considered a gift by some, the truth is that you should be wary of excessive and fast weight loss because it can be a symptom of cancer. If you’re not currently on a diet and you lose 10 or more pounds rapidly, it could be a sign of cancer of the pancreas, stomach, esophagus, or lungs.

The last of our early warning symptoms of cancer is a feeling of discomfort or difficulty when swallowing. It’s important to contact your doctor, because it could be a symptom of esophageal, stomach, or throat cancer.