World Meningitis Day: A Disease that Has a Vaccine

World Meningitis Day is celebrated every April 24 to shed some light on this disease. The good news is that there’s a vaccine to prevent bacterial cases. We explain all of this below! 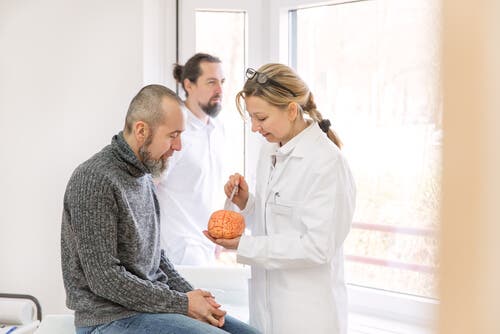 World Meningitis Day is celebrated every year on April 24. Nowadays, beyond raising awareness about the disease, the emphasis has been on vaccination.

Meningitis is a disease with developed vaccines to prevent its bacterial forms. However, the spread of immunization isn’t the one recommended by medical associations, who are advocating increasing vaccinations.

You have to understand that this is a serious condition. Meningitis begins in the meninges of the brain. However, it can progress to sepsis and, consequently, death. The fatality rate of this disease is approximately 10%, which means that 10 out of every 100 infected patients die.

The repercussions are also pretty serious. Up to 30% of children with meningitis suffer from maturational delays and seizures. Loss of senses, such as vision and hearing, are also common consequences.

Meningitis vaccines can stop Haemophilus influenzae type B, meningococci, and pneumococcus, which are the main bacterial causes of this disease. Some countries include all these immunizations, while others only some.

But information is also important on World Meningitis Day. This is because, according to records from the Spanish Pediatric Association, more than 30% of people don’t know that meningitis can be prevented. This misinformation represents an obstacle to the spread of immunizations.

When the meninges become inflamed, they press on other structures. This causes the characteristic symptoms of the disease. The classic triad of meningitis consists of fever, headache, and a stiff neck. Precisely, one of the clinical tests to diagnose the disease is to try to mobilize the patient’s neck.

In young children under two, the diagnosis is more difficult. Sometimes, medical professionals suspect it when fever is accompanied by uncontrollable crying and a certain stiffness appears in the back of the neck. But, as we mentioned, it can go undetected for a long time.

The causes of meningitis

The bacteria that typically concentrate the majority of cases are:

Vaccination is still the most effective method to stop infectious diseases. Of course, meningitis is another example of this.

World Meningitis Day reaffirms the need to develop vaccination schedules with all the different alternatives. The meningococcus vaccine should be added to the Haemophilus and pneumococcus vaccines, which are basically two:

In addition, it’s key for the population to be informed of these vaccines and immunize their children. The existence of unvaccinated people is a breeding ground for bacterial meningitis to continue to spread around the world. The existence of unimmunized people can lead to the mutation of microorganisms into wild forms that bypass the defenses of vaccines.

The World Meningitis Day campaigns aim to inform people about the benefits of vaccines. Although this is a highly preventable disease, prevention depends on medical professional associations, the political commitment to install the necessary vaccination capacity, and the community itself.

What is Meningitis?
What is meningitis? It is a disease, normally infectious, that causes inflammation in the meninges. This causes symptoms like fever, headaches and loss of attention Read more »
Link copied!
Interesting Articles
Illnesses
Can Celiac Disease Cause Infertility?