World Hepatitis Day, which has two annual dates to commemorate, is a reminder of a preventable disease. Read this article to discover the different types of this disease, and how you can avoid it. 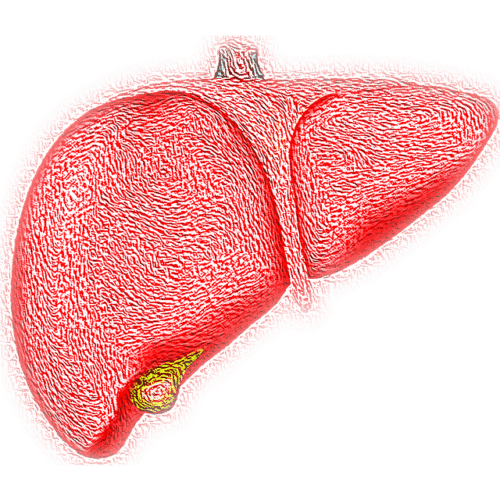 There are two annual days to commemorate World Hepatitis Day: May 19 and July 28. Both have enough acceptance, and in general it depends on the region you live in as to which one is observed.

The important thing is to recognize that hepatitis is a very prevalent disease on the planet. Indeed, not all hepatitis is the same, and there are different varieties with different severities.

Each year, an estimated 1,400,000 people lose their lives due to a disease associated with hepatitis, whether acute or chronic. That makes it the most lethal infectious disease after tuberculosis, as well as one of the most prevalent in all latitudes, surpassing AIDS.

On World Hepatitis Day it’s important to highlight that they’re preventable diseases. We’re in a position to greatly reduce the number of cases, including moving towards eradication, since we have vaccines.

The other date of World Hepatitis Day

Besides May 19, the other day for World Hepatitis Day is July 28. This second option arose from the initiative of patient groups that, forming an international alliance, proposed the second day to the World Health Organization (WHO).

Therefore, with the motivation of the World Hepatitis Alliance (WHA), the WHO dedicated an entire assembly to the topic of hepatitis, especially viral hepatitis. Among them we have A, B, C, D, and E.

July 28 is the birthday of Baruch Blumberg, the scientist who discovered hepatitis B. The international alliance agrees to keep both days, and encourages public health institutions to carry out awareness actions in the two months.

What is viral hepatitis?

Hepatitis is an inflammation of the liver tissue. The most relevant are those that are caused by specific viruses that have an affinity for hepatocytes – liver cells. There are five of this kind of virus, and we’ll remind you of them on this World Hepatitis Day.

Find out more: 6 Diets that Help Care for Your Liver Health

When it comes to infections with such a high possibility of prevention, campaigns for World Hepatitis Day tend to focus on this aspect. In fact, vaccination and hygiene are the pillars of preventive information.

Vaccination against hepatitis B has been a giant step for public health. As more people access these vaccines and complete their vaccination schedule, the number of patients will decrease, as well as the children infected by their mothers.

Regarding hygiene, there are two sides: personal hygiene and public health. In fact, improving waste disposal conditions and waste disposal in cities and towns helps reduce the spread of hepatitis A and E.

In addition to this, sexual contact can transmit the disease. For this reason it’s part of the work to prevent sexually transmitted diseases through the use of condoms.

Alcoholic Hepatitis: Symptoms, Causes, and Treatments
...tend to underestimate the negative impact it has on the body, or we might not even know about it. For example, few people know about alcoholic hepatitis. Read more »
Link copied!
Interesting Articles
Illnesses
The Connection Between Erectile Dysfunction and Diabetes