World Blood Donor Day takes place every June 14 as organized by the leadership of the World Health Organization. The theme for this year was "Safe blood for all." 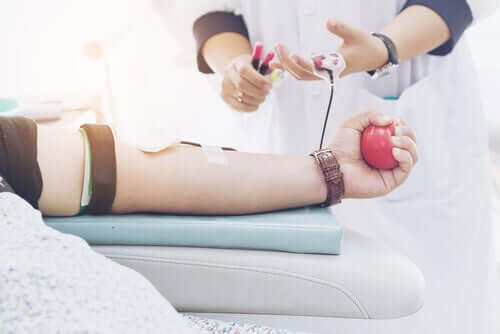 Every country in the world celebrates World Blood Donor Day every June 14th. The World Health Organization (WHO) set the date in honor of the scientist Landsteiner, and they wanted to reinforce the message of blood donation.

Landsteiner was an Austrian biologist born on June 14, 1868. He became well-known in the scientific field when he discovered how to typify blood groups based on the ABO system. He received the Nobel Prize for Physiology or Medicine in 1930 for his discovery.

There’s always a motto for World Blood Donor Day, “Safe blood for all” was the one chosen for 2020. The objective is to raise awareness about the biosecurity measures the world must take to extract, store, and transfer blood from person to person.

You must keep in mind that blood is an element we can’t artificially manufacture. Thus, the only way to be able to administer this substance to someone in need is by acquiring it through donations.

What does it mean to obtain safe blood?

World Blood Donor Day underscores not only the commitment of those who donate, but also the work of the blood banks that manage it and preserve samples. The safety of the blood, so that recipient patients aren’t infected with anything, is key in the process.

Several decades ago, the transmission of pathogens in donated blood was a major problem. There were cases of hepatitis C and Chagas infections due to the lack of biosafety in transfusions.

Fortunately, the control and detection systems for bacteria in donated blood have greatly improved since. Currently, lab technicians can test for multiple diseases after receiving blood donations. They usually test for hepatitis, human immunodeficiency virus, syphilis, Chagas, and brucellosis.

Labs discard any blood that comes out positive for a disease. At the same time, the protocol involves notifying the donor so they can receive the corresponding diagnosis and subsequent treatment.

World Blood Donor Day reminds us of the voluntary nature of the donation. No one can force us to donate nor should we receive a financial incentive to do so. The marketing of blood donations is illegal in all countries.

This is why security also depends on the public policies implemented to protect the privacy of donors and their integrity. The act must be voluntary and altruistic and not subject to payment or profit.

This is difficult in the global economic context though. Most blood donations are focused on high-income countries, leaving the rest of the populations with less availability and favoring commercialization.

Who can be a blood donor?

Even though donations are encouraged throughout the population, certain restrictions apply in order to protect the health of donors. In addition, in order to ensure the quality of the stored sample, there are groups of people who aren’t allowed to donate blood, such as health workers. This is because they could unknowingly be incubating a disease due to exposure in their daily work.

Regarding weight, donors should weigh over 110 pounds. As for age, only people between 18 and 65 years old can donate blood. This is due to legal reasons and possible side effects, which, although minimal, tend to appear in those who are too young or too old.

A person shouldn’t donate more than 3-4 times over the course of a year. This is based on the replacement time of red blood cells, which is around 3 months. Spacing the donations gives the bone marrow enough time to recover.

Generally, someone from a health professional team conducts the initial interview to determine the viability of the donation. A person can donate as soon as they meet the requirements.

It may seem like a small thing to donate blood. However, thanks to blood tissue banks, it’s possible to improve survival rates in complicated surgical procedures and treat congenital hematological diseases.

World Blood Donor Day is about solidarity and recognition of those who care about others. Many of us can be donors and help in our geographical area. You too might want to approach a blood bank, they should be able to advise you on this matter.

Is it Possible to Donate Blood During the Pandemic?
The world have been devastated by COVID-19. Find out everything you need to know about how to donate blood during the pandemic. Read more »
Link copied!
Interesting Articles
Did you know?
New Year's Traditions Around the World