Why Does Your Ex Want to Be Your Friend?

If your ex wants to stay friends after a break-up, things may not be as simple as they appear, and it may even be cause for concern. It might not be a bad idea, but staying friends shouldn't necessarily be your goal. 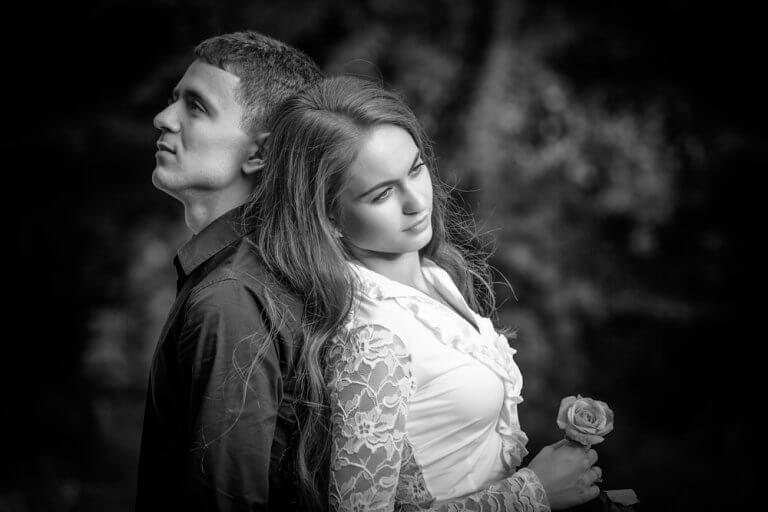 Whether you ended the relationship or it was your partner who decided to end it, you may be surprised when they react by asking you to continue seeing each other, but only as friends. If you’ve asked yourself the question, “Why does my ex want to be my friend?” and you do not have an answer, keep reading this article.

Many people wonder whether it’s really possible to stay friends with an ex. The reality is that it all depends on each individual couple. It’s important to evaluate the motives behind the wish to stay friends (whether that wish comes from one or both of you) and the terms of that friendship.

Being friends with an ex: myth or reality?

Maybe you’ve seen it in a movie, a series or a book … but very rarely in real life. Being friends with our former partners does not seem like a viable idea. Why? Well, because there are many feelings at stake and probably one or both of you will end up getting hurt.

Even if the break up was ‘mutual’ or ‘on good terms,’ it’s difficult to turn that romantic relationship into a friendship. Of course, there are a number of exceptions, but, in general, it is difficult to sustain that relationship over time.

According to a study carried out by the National Autonomous University of Mexico, people go through several stages of grief at the end of a relationship. It’s possible that your ex might be stuck at the denial stage, and simply doesn’t want to lose you.

You may ask yourself: if there is no love or passion between us, could friendship work? That’s a bit difficult to say, since none of us has the ability to see the future.

However, if neither of you suffers from this new situation and there are no conflicts when new partners enter the picture, then we can say that being friends with an ex is possible.

Visit this article: Four Situations When It’s a Good Idea to Get Back Together with Your Ex

Why does my ex want to be my friend? Hidden agendas

Now, perhaps your attention has been drawn by your former partner telling you that they want you to continue being ‘friends‘. Whatever the reason things ended, chances are this request will have taken you by surprise. If that concern did not come up for you, why did it for them?

Of course, you can’t see into their heart or mind to know ‘for sure’ what the reasons were that led them to make such a proposal. However, you can analyze or break down some of the reasons why your ex has asked you to remain friends:

This applies when they were the one that left you. Maybe they feel really guilty for ending the relationship, or for how you reacted at the ‘news’ that you couldn’t stay together.

You’ll realize that they have only suggested it out of guilt if, after having exhausted all their explanations and excuses for the break up, they say the classic line ‘we can still be friends’ without much conviction.

When you’re in a relationship, you get used to the other person and, at the beginning, their sudden absence is what hurts the most. This is true even when we ourselves have decided to end it.

If your ex has told you that they want you to stay friends, it might be because they cannot imagine life without you.

However, watch out, because that is no consolation if you want to go back: perhaps in the early days they may call you more often to go to dinner or for a coffee, but as they get out of the habit of having you around, these meetings will happen less often, or stop altogether.

3. Because of the possibility of getting back together

If you were the one to end the relationship, your ex might be ‘grasping at straws’. The simple fact of being friends gives them the illusion or hope that, if things go well, you may reconsider and take them back again.

How do I know if my ex wants to be my friend and then become my boyfriend or girlfriend? At first, they will be the most perfect person in the world. Everything that you ever said you didn’t like or wanted them to change, will suddenly change.

Also, they will never use the word ‘but;’ they will always flatter and praise you; they will want to take you out to dinner or to the movies, just like in the old days. Basically, they will become an ideal candidate for you, just as they were when you first met.

According to this study by the University of Plymouth, UK, women and men suffer almost exactly the same levels of anxiety during the grieving process. It doesn’t vary according to gender.

Another possible answer to the question, “Why does my ex want to be my friend” is undoubtedly loneliness. You must be very careful if your ex wants to be your friend because they feel lonely, since behind this, there is an ‘unhealthy’ desire to return to your side.

If they don’t have other friends, if they call you late at night, if they cry, or if you notice they seem sad, they may be afraid of being alone. Instead of offering your friendship, it’s better help them to get out of the house more with other people, to meet new people, to socialize at a party or a social gathering or to get involved in various group or team activities.

Also read: Getting Back Together with an Ex: Does it Cause More Problems than it’s Worth?

Pay close attention, because this motive is one of the most dangerous. Your ex has told you that you can be friends when in reality what interests them is having certain ‘rights’ such as, for example, casual sex.

This happens because of a combination of several different factors: they may not want to be alone, maybe they like your company, maybe they feel guilty… But the truth is, they’re playing with you and your feelings, and you will end up getting hurt.

Plus, according to this study by the University of Chile, it’s important to remember that casual sex (especially during adolescence) could lead you to fall into unhealthy patterns, which put your health at risk.

The best thing you can do in these cases is to have a clean break. That means no answering their messages or calls, and rejecting invitations to their home or any other place. They have to respect your wishes!

Finally, if your ex wants you to be friends, it may be because they want to get some benefit out of that ‘relationship.’ Money, a position in a company, certain social status, properties, a weekend house? It’ll simply depend on what you have to offer.

Recognize situations in which they are acting in their own interest, such as changing plans. If they don’t accept them or just call you when they needs something, then they only want to be your friend to take advantage of you.

Remember, every person is a world, and every relationship is different. As such, these reasons won’t apply in all cases.

But if you’re going through something similar and your ex wants to be your friend, you can weigh up each of these reasons to see if it fits your situation.

The Savior Complex: Relationships with Hurting People
Are you starting a relationship with someone who has been hurt? Be carefult that you're not falling into the trap of a savior complex. Read more »
Link copied!
Interesting Articles
Relationships
What to Do if Your Partner Is Verbally Abusive