Why Does My Ex Hate Me?

My ex hates me... How should I react? This is a common question after a break-up. In this article, we'll give you some advice to help you figure out the answer. 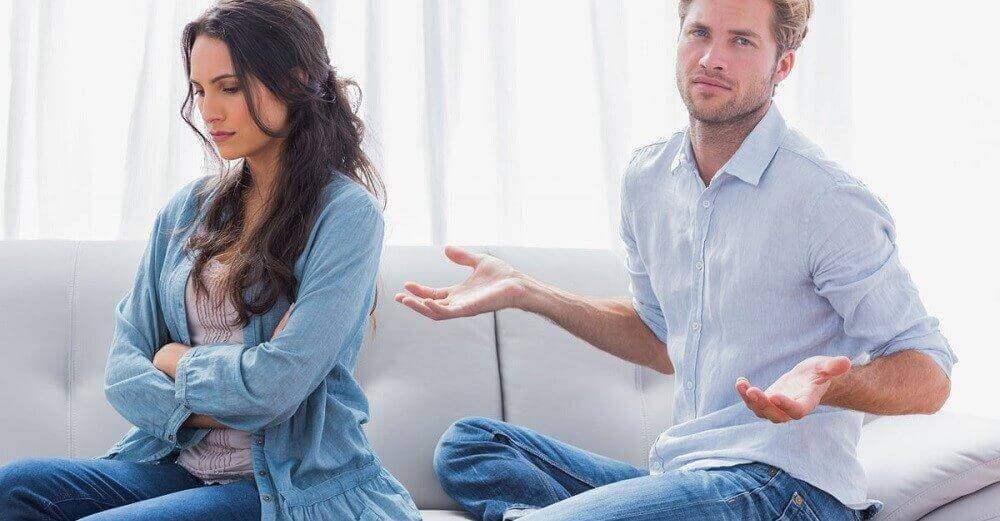 It doesn’t matter who ended the relationship or whether there are still things that bind you (for example, children), it’s very important to make the effort to get along with your ex. That may not seem possible and you might ask yourself: “Why does my ex hate me?” We’ll try to answer this question in this article.

My ex hates me: why?

There are different ways to deal with a separation or breakup. Unfortunately, not all of them are positive and can cause many problems. If you think your ex hates you or even despises you, you might be right. However, it’s essential to understand the reasons why they’re acting the way they are.

Contempt may be concealing other emotions or feelings. They simply channel them in this way so that they don’t feel vulnerable when they’re around someone who is no longer a part of their lives. Here are some of the main reasons why your ex may hate you or mistreat you:

We’re not justifying their actions, simply trying to help you understand why they do it. If, for example, you’re the one who broke things off, your ex may be very hurt and react by turning that hurt into hatred toward you.

According to this study by The National Autonomous University of Mexico, people go through several stages of grief following a break-up, which may explain why they feel such resentment toward you.

This attitude obviously doesn’t solve anything. In fact, it just makes things worse. However, that’s how people sometimes act to try to ease their pain. Just as a wounded animal that gets defensive when someone tries to help them, the same goes for your ex. They try to block out their suffering with hatred.

Want to know more? Read: 5 Types of Emotional Blackmail that Harm Your Health

2. Because of wounded pride

Nobody likes being dumped, as it has a huge impact on their ego. It’s a cultural issue and they probably aren’t doing it deliberately. Perhaps your ex treats you badly to protect their pride and self-esteem… and they don’t want to show you how they really feel!

Besides treating you with contempt, they may also blame you for the relationship not working out and refuse to accept that you were both responsible (after all, relationships are a two way street). This way, they can avoid feeling “inferior”, something which is discussed in this study carried out by the Pontifical University of Salamanca, Spain.

You just dumped them or ended the relationship. It’s understandable that they’re treating you badly! They’re feeling very emotional, and even confused or depressed.

Remember, even if they want you back, their pride won’t let them try. They won’t go down on one knee and beg for your forgiveness. On the contrary, they may choose to treat you with contempt instead.

Obviously, none of this can ever justify them treating you badly. If your ex is going too far, it might be best to stay away from them, or even take more drastic action.

How can I prevent this?

As a first step, it’s important to identify and understand the reasons why they’re acting this way. They probably aren’t doing it on purpose and may even regret it when they think things through later. However, you obviously don’t have to put up with it.

The smartest thing you can do in this case is act as if nothing is happening. After a sharp retort, simply respond with a smile or look away.

Don’t act as if they offended you in any way. Don’t respond to their attacks or offensive or negative comments. They’ll eventually get tired of talking like that and will give up on trying to upset you.

2. Show them you’re over it

It’s essential that your ex doesn’t know that their comments affect you. You must show that you’re more emotionally mature and that they have to get over the breakup as soon as possible.

If you want to ask yourself the question, “Why does my ex hate me?”, do it in private, or in the company of family and friends. Don’t express these feelings to your ex directly. That’s what your loved ones are there for – to support and comfort you through the most difficult times in your life.

If you have children together and have to see each other often, a good way to make them stop treating you badly is to talk about it in private. As explained in this study carried out by the University of Chile, a divorce can be really hard on children, and there’s no need to make it more difficult for them.

Tell them that they shouldn’t be acting that way, ask them why they hate you, and try to find the best solution so everything seems normal, at least in front of the kids.

This doesn’t mean that you’ll get back together. However, you can have a bearable relationship at least while your children are little, and you have no choice but to see each other from time to time.

Take a look at this article: Separation Anxiety Disorder: Its Causes and Treatment

Let it be, let time fly on by, and don’t pay so much attention to their attitude towards you. A scorned person can say very hurtful things, but it’s up to you how you let those words affect you. Focus on something else, don’t think about it all the time, and set your sights on things that really matter. As stated in this study by the University of Santiago de Chile, being a positive person will benefit every aspect of your life.

If you constantly think about it and let it affect you, your ex will get exactly what they want. Don’t give them the satisfaction! At some point, you’ll realize that they’re the ones with the problem. Don’t feel guilty. Your ex has to get over the breakup and move on.

5. Don’t give them a taste of their own medicine

When they have a bad attitude or make a horrible comment, don’t make the mistake of responding in the same way. “Don’t add fuel to the fire”, as the popular saying goes. Confronting them is pointless, as you’re the one who’s going to end up getting hurt.

Your responses may fan the flames and make it grow out of control, so be careful. Don’t play into their games and be the bigger person.

In any case, if this is affecting you to the point where it is having an impact on your day-to-day life, or you’re starting to feel overwhelmed with negative emotions, it might be best to talk to a specialist or a therapist, who can help you lead a normal life again.

Seeking help from a psychologist or attending alternative therapy doesn’t make you weak. It simply shows that you love yourself, and want to take care of your own well-being – aspects which are important for both healing, and getting to know yourself better.

How to Overcome an Emotional Break-Up
All of us have gone through an emotional break-up at one point or another. However, it's still a really tough and difficult experience. Read more »
Link copied!
Interesting Articles
Activites with your partner
4 Keys to Preparing Your Wedding Guest List

Health and sexuality
Dyspareunia or Coitalgia: Causes and Treatments

Dyspareunia, or coitalgia, is a condition that causes various unpleasant symptoms related to sexual intercourse, both in men and women.…

Health and sexuality
How To Know if You're Ovulating

Illnesses
Taking Care of a Common Cold at Home

In most cases, taking care of a common cold at home is quite simple. This condition can affect anyone and…