Why Are Some People More Sensitive to Pain than Others?

We know that some people are more sensitive to pain than others, but we don't always understand why. We'll tell you about pain sensitivity. 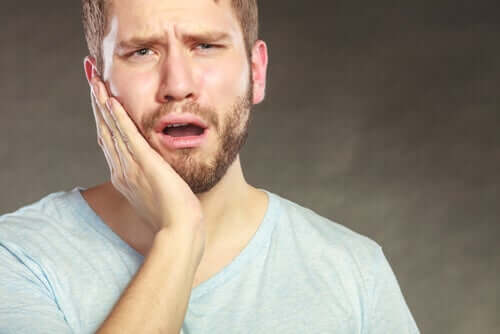 We all know that some people are more sensitive to pain than others. We’ve all experienced this difference firsthand. Even in people of the same age or from the same family, pain sensitivity can vary greatly. In addition, each person’s response to analgesics to treat pain is highly variable.

But what’s pain? It’s not very easy to define. In the scientific community, there’s a consensus that pain is an unpleasant experience associated with real damage or potential damage.

Since it’s difficult to define, it’s also difficult to treat and interpret. For general practitioners, dealing with patients who are in pain is difficult. When we couple that with the fact that some people are more sensitive to pain than others, the path to finding the right approach to pain for each person becomes even more thorny.

It’s estimated that more than half of the variation in pain sensitivity can be attributed to genetics. Basically, that’s like saying that our pain threshold is dependent on our DNA.

Our pain threshold is the minimum amount of stimulus that we can endure until we feel a sensation that we would identify as painful. This threshold is specific to each individual and is modified by some factors, other than genetics. We’ll tell you about those now.

As we mentioned, some people are more sensitive to pain than others because of genetics. However, our genetics are continuously affected as time passes. The factors that affect it are:

There are unusual genetic alterations that result in people being insensitive to pain. When this was first discovered, this condition was called pure analgesia. With time and a greater understanding of genetics, the diagnosis became more accurate. Today, we have names for these changes, such as pain insensitivity channelopathy or the mutation of the SCN11A gene.

Genetic mutations that alter pain sensitivity leading to analgesia usually involve changes in nociceptors. Some other mutations affect the nerves that carry pain information to the brain.

Although it may seem like an advantage for people to not feel pain, in reality it’s not. Not feeling pain is very dangerous for the people who have this mutation.

By not perceiving pain, the body loses the ability to respond to potential or current dangers. Let’s imagine that you get a nail in your foot, but you didn’t feel it. As a result, your defense mechanisms don’t respond and your foot ends up getting infected.

Also, imagine one of your internal organs not giving you any warning about a disease that you may have. The disease could go undetected and may even result in death.

People most sensitive to pain

At the other extreme, as opposed to those who are insensitive to pain, we have those who are most sensitive to it. They interpret pain signals in an exaggerated manner, making even the smallest bit of pain unbearable.

This disorder also involves genetic alterations with names, such as primary erythromelalgia. The affected gene is SCN9A, which will increase the nerve transmission of pain.

This state of hyperalgesia is usually associated with another known as allodynia. Allodynia is pain caused by situations that shouldn’t be painful, like when your clothes rub against your skin. People who are more sensitive to pain usually feel pain from low stimuli.

Why Are Sensitive Teeth Prone to Pain?
Dental structures are very important for our speech, for chewing food and for the formation of the food bolus. Thus, sensitive teeth affect these functions. Read more »
Link copied!
Interesting Articles
Anatomy and physiology
The Causes of Stained Teeth