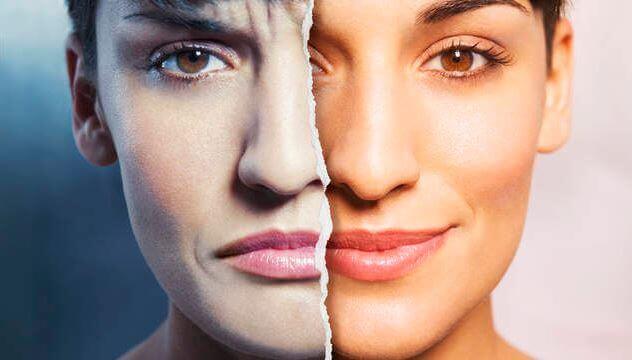 Some people take bipolar disorder very lightly. People don’t realize that it’s actually a very real and very complex condition. But it’s important to recognize and treat it properly for both the person and the people around them to be able to live happy lives.

It’s crucial that we clearly understand the symptoms of this illness so that we can identify it in our loved ones — or even ourselves. Once diagnosed, it can be controlled.

Bipolar people have no difficulty identifying themselves, but their mood swings are so drastic that the person’s behaviors may switch from one extreme to the other and be difficult to explain.

Diagnosing this condition is very complicated, particularly because the patient often resists help. It’s made more difficult by their unstable behavior. As a result, it is often confused with psychosis or depression.

To diagnose a person with bipolar disorder, a professional will need to assess them over a long period of time. Though the illness has no permanent cure, it’s possible to treat it by modifying the person’s daily activities. Common recommendations:

Most of all, they need the support of people who understand and care for them. Their environment plays a fundamental role in treatment.

Behavior of a person with bipolar disorder

Bipolar disorder involves drastic changes in mood. Someone with bipolar disorder may move from a state of uncontrollable euphoria to a state of deep turmoil in the blink of an eye. Such a change can be triggered by very simple things that might seem insignificant to a more mentally stable person.

A person with bipolar disorder may also spend a long period of time in one particular mood, whether stable, depressive, or manic. But these mood swings don’t necessarily respond to specific situations or predictable patterns.

Sometimes, they feel fantastic for a good while. They feel full of energy, so much so that they don’t feel the need to sleep. In fact, they may go days without sleeping, while simultaneously being distracted and irritable. This would be a phase of mania and consists of excessive behaviors: high sex drive, excess energy, and even aggression.

A person with bipolar will feel very depressed. This will then bring about anxiety, sadness, pessimism, and strong feelings of frustration. They will also completely lose interest in everything, including things they loved during the manic phase.

For a person with this condition, it’s very frustrating not understanding the reason for their deep depression. This, then, can even result in suicidal thoughts.

One cause of these changes is psychosis, which often accompanies bipolar disorder. Psychosis is a condition that alters a person’s perception of situations, gestures, and words, among other things.

A person with bipolar disorder may show signs of hypomania. Hypomania involves a continued period of time with a heightened mood. The person may also be irritable in a way that’s different from their normal mood. It lasts at least four or five days. Hypomania might also cause heightened self-esteem or delusions of grandeur. The person may start talking a lot more than normal.

In general, it’s important to bear in mind that a person with bipolar disorder will go through very intense, extreme moods.

Bipolar Disorder: The Biggest Myths Surrounding It
False beliefs about bipolar disorder keep us from really understanding the disease. Today, we want to break some of the myths surrounding it. Read more »
Link copied!
Interesting Articles
Illnesses
Hepatitis in Children: What You Need to Know