What You Should Know about the Ebola Virus

The incubation period of the Ebola virus from the moment of contact with the virus until the first symptoms appear is from two to twenty-one days. 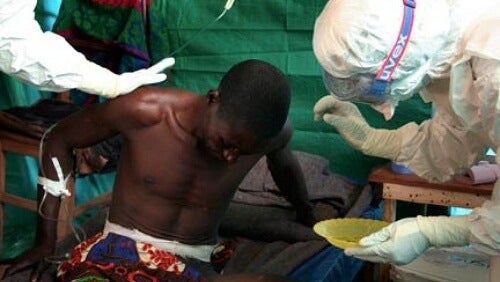 Most people have heard of the Ebola virus in the news, but it turns out this disease is not new. In fact, it’s a disease that was first discovered in 1976 during a deadly epidemic.

In case you had never heard of Ebola or don’t know what it is exactly, don’t worry. In this article, we’re going to cover the most important points, from what it is to its main characteristics.

As previously stated, Ebola is a viral infectious disease that causes hemorrhagic fever in humans and primates. This disease is named after a river located in Zaire, Africa, that shares the same name.

The Ebola virus is one of two members of a family of RNA viruses called Filoviriadae.

It’s also worth mentioning that there are five serotypes of the Ebola virus: Ebola – Zaire, Ebola – Ivory Coast, Ebola – Sudan, Ebola – Bundibugyo, and Ebola – Reston; the latter has caused disease in primates but not humans.

How is the Ebola Virus Spread?

The Ebola virus is highly infectious and is considered so due to its high mortality rate. This virus kills very quickly in remote areas where infections occur.

It is most commonly spread through contact with an infected host animal (alive or dead), such as bats, monkeys, and antelopes, among others.

It’s also important to discuss nosocomial transmission, which refers to the spread of disease within a health center or hospital.

Lately, this is happening a lot within health centers on the African continent. Patients are often seen without masks, gowns or gloves, due to shortages and lack of professional medical help.

Things to Note About the Ebola Virus

The Ebola virus is a disease we should fear and learn more about. This is mostly because of how difficult it is for doctors and patients to detect, and doctors end up being detecting it too late. Below, we will provide a number of things to know about the Ebola virus.

Ebola has a mortality rate of 90%

From the moment it was first detected, there have been more than twenty outbreaks and isolated cases of the Ebola virus disease. In some of these outbreaks, the mortality rate has come to be about 90 percent of people who have been infected.

The Ebola virus can remain active in the semen

The WHO (World Health Organization) said that men can still transmit Ebola through their semen up to seven weeks after their recovery.

The Symptoms of the Ebola Virus

Initially, the symptoms of Ebola are fever, intense weakness, muscle pain, headache, and sore throat. After this wave of symptoms, there may be vomiting, diarrhea, rash, kidney problems and in many cases internal and external bleeding.

If anyone presents these symptoms, they should immediately go to the doctor. Additionally, they should also avoid all contact with other people, in order to not spread the disease further.

The Incubation Period of the Ebola Virus

Symptomatically, Ebola presents very similarly to other diseases. Therefore, the only way to diagnose the Ebola virus is with a blood test.

We regret to mention that at the moment there is no vaccine on the market against the Ebola virus. There is new hope since researchers are currently testing several new vaccines. However, they are all still in the experimental stages.

Regarding treatment, there isn’t a specific one to combat the effects of the disease other than providing oral rehydration with electrolyte solutions or intravenous fluids.

The HIV Virus Was Completely Eliminated from a British Patient’s Blood
According to UN statistics, more than 36 million people are infected by the HIV virus. If this new treatment is successful, it could offer hope for many. Read more »
Link copied!
Interesting Articles
Illnesses
Can Celiac Disease Cause Infertility?