What Weakens Your Immune System?

Many of the foods in your diet can weaken your body's immune defenses. 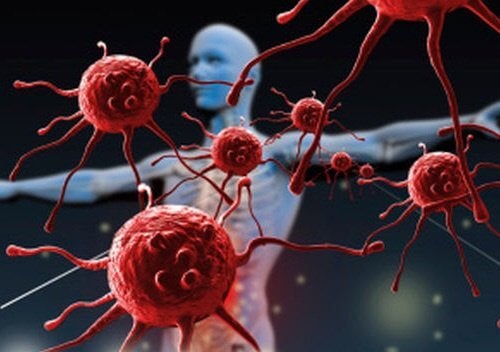 A depressed immune system can leave you not feeling well and susceptible to illness. But do you know what weakens your immune system?

What is the immune system?

The immune system is your body’s defense system. It protects you against attacks from pathogens such as parasites, fungi, bacteria, and viruses. It’s made up of a group of molecules such as immunoglobins, cells like white blood cells, and organs such as the spleen and bone marrow. It should come as no surprise that your skin is your first line of defense against disease.

White blood cells, or leucocytes, circulate the body in the bloodstream, in constant search of harmful microorganisms. They are in charge of getting rid of them, as well as creating antibodies to protect you from future attacks by the same pathogen.

Interestingly, fever and inflammation are both signs that your immune system is fighting against some kind of germ.

Read also: 7 Natural Ways to Boost Your Immune System and Prevent Colds and the Flu

What happens if your immune system isn’t functioning properly?

As you can probably imagine, a depressed immune system can lead to illness and disease. Some examples are:

Now that you some of the consequences of a weakened immune system, you can understand why it’s so important to know…

What weakens the immune system?

The human immune system is very sophisticated. However, there are some factors that can adversely affect it if you aren’t careful.

A good diet is the foundation of good health. Not getting enough protein, vitamins, or minerals, or eating too many carbs can affect how your immune system works. That’s according to a study from the La Paz University Hospital (Madrid) published in Hospital Nutrition magazine. If you’re getting sick a lot, maybe it’s time to pay more attention to your diet.

Stress is a natural response that triggers the release of adrenaline and an increase in the amount of glucose in the blood, among other things. Nevertheless, too much tension can cause a variety of problems like anxiety, depression, and thrombosis.

According to a study from the University of Kentucky published in Current Opinion in Psychology, chronic stress is capable of depressing your immune system.

Sedentarism is intimately linked with all sorts of diseases, such as obesity and diabetes. As a result, researchers believe that it has a negative impact on your immune system.

If you spend your day sitting in an office and don’t exercise at least twice a week, studies such as this one in Frontiers in Immunology suggest that increasing your physical activity could strengthen your immune system.

Healthy habits can strengthen your immune system, which will protect you against illness and disease.

Diet for Depression: Foods that Cheer you Up
A diet that treats depression should include a combination of foods that are good for the nervous system and brain. Since there are many factors that can cause depression, certain nutrients are recommended to help control it. Read more »
Link copied!
Interesting Articles
Illnesses
Eczema and Stress: How Are They Related?