What to Do About Medication Poisoning

When medication poisoning occurs, its degree will depend, among other things, on the amount of drugs ingested and on the characteristics of a person. 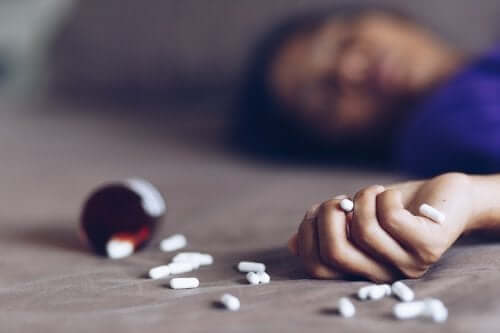 The symptoms and consequences of medication poisoning depend on the medication, but they can all be equally lethal. The degree of intoxication depends, among other things, on the amount of medication ingested and on the characteristics of every person.

Next, we’ll see the different types of poisoning together with some indications to identify it and the immediate measures to follow.

There are five types of drug poisoning based on different factors, and these depend on:

1. The magnitude of the clinical complications

When it comes to drug poisoning, its complications range from mild to moderate and severe.

2. The characteristics of the appearance

Drug poisoning symptoms may be immediate or delayed as some medications are fast-acting while others manifest them after a certain time.

3. The time of onset of symptoms

Depending on the time it takes for symptoms to appear, we can classify poisoning as follows:

Taking into account how they’ve been produced, we can divide them into:

Discover: The Effects of Aceclofenac

5. The route of entry

We can classify digestive intoxications depending on the route of entry. It can either be inhaled, through the skin and mucous membranes, and intravenously.

These are some of the first signs or symptoms, and they might be common and nonspecific:

What to do when faced with medication poisoning?

You must act quickly and remain calm if you suspect a person has medication poisoning.

The symptoms of poisoning may take time to appear. However, if you suspect intoxication, then don’t wait until the first symptoms appear.

Instead, the first step you must take is to call your local toxicology center immediately. A doctor will answer and you can explain the situation, symptoms, and suspected medication together with any other details they request in order to be able to help you.

If you know the medication that led to the poisoning, they can tell you the first aid steps to follow. Or, if necessary, they’ll tell you to call the emergency services.

Meanwhile, examine and monitor the intoxicated person‘s airways, breathing, and pulse. Don’t induce vomiting, unless instructed by a healthcare professional.

Read also: What is a Drug Verification System?

Risks and Side Effects of Sleeping Pills
Although many of them are over-the-counter, the truth is that sleeping pills should always be prescribed by specialists that can evaluate every individual case. Read more »
Link copied!
Interesting Articles
Medication
4 Types of Injections You Should Know About