What Is Traumatic Brain Injury?

The main causes of traumatic brain injury are car accidents and falls. 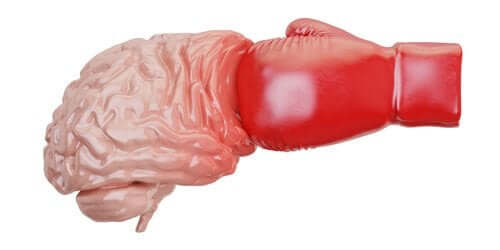 Traumatic brain injury affects both the skull and the brain. Additionally, this type of injury can alter brain function without showing outward signs of damage.

Brain trauma is caused by an impact with an object, whether by a blow or an object piercing the skull and damaging the brain tissue. On the other hand, brain injury can occur even without a direct hit. For example, sudden or violent movements like acceleration or deceleration can cause the brain to hit the skull resulting in bruising, or worse.

Young men are most at-risk due to the relationship between brain injury and substance abuse, such as alcohol or illicit drugs. In this article, we’ll explain the causes and symptoms of traumatic brain injury.

What are the common causes and symptoms?

In order to diagnose traumatic brain injury, there must be some kind of external force that causes brain dysfunction. Neurological disorders resulting from brain injury occur most commonly in two populations:

Symptoms depend on the intensity of the impact and can appear immediately or after several days or even weeks.

Read more about: What Should I Do if My Baby Hit His Head?

You may not even have symptoms after a minor blow to the head. However, the most prominent ones are lightheadedness, disorientation, and amnesia. Similarly, it’s possible to lose consciousness for a few seconds, or even minutes. Headaches, nausea or vomiting, and drowsiness are common symptoms.

Other symptoms can be:

In these cases, the previously mentioned symptoms can occur and become even more complicated. Loss of consciousness can last longer, headaches can become persistent and more intense, and vomiting repeated. Additionally, people with moderate to severe brain injuries can suffer from convulsions or seizures, pupil dilation, and loss of coordination.

In this category, disorientation is much more serious. Also, it’s important to note that at this level of brain injury, the person could fall into a coma.

What are the possible secondary injuries?

Head trauma can produce a wide range of secondary injuries. First, there might be a superficial or open wound, depending on whether or not the scalp was injured.

There may be skull bone fractures, but it should be noted that even if there are none, brain injury should not be ruled out. Where there are fractures, visible signs such as bruising around the eyes and bleeding from the ears or nose usually appear.

Likewise, there might be bleeding in the brain. The bleeding can be intracerebral or occur in the epidural or subdural space. Regardless, any type of brain bleed can cause more serious neurological damage such as paralysis, paresis, speech disturbances, and so on.

How to treat brain injuries

Of course, doctors will determine the course of treatment depending on how severe the injury is. When it’s mild, patients are normally told to rest, put under observation, and given medicine for the pain. On the other hand, in more high-risk cases, it’s extremely important to monitor the patient’s arterial pressure and ventilation.

These severe cases should be treated at the hospital. There, doctors can run necessary tests such as x-rays or cat scans to locate bleeding or other injuries. Additionally, medical staff can administer medications to reduce intracranial pressure and lower the risk of seizure.

In some cases, surgery might be necessary to remove hematomas, stop hemorrhaging, or repair skull fractures.

Traumatic brain injury is serious and potentially life-threatening. Therefore, it’s important to take the proper precautions to protect yourself from head trauma. One way to do this is to drive safely and never drive under the influence of drugs or alcohol. Equally important, you should always wear a helmet when riding a bike or motorcycle.

Also, be sure to wear your seat belt properly.

Finally, if you experience any type of head injury, seek medical attention. Doctors can run the proper tests to evaluate the degree of injury, potentially avoiding worse or long-lasting complications.